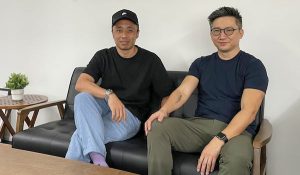 US- and Singapore-based 108 Media, which has acquired DCD Media and Dirk Gently prodco Revolution Media in the past six months, has expanded its operations by buying animation studio Robot Playground Media (RPM).

Singapore-based RPM, which was co-founded and is run by Ervin Han and Bernard Toh, develops and produces multicultural animation IP for clients such as Warner Bros., Disney Southeast Asia, Discovery, MediaCorp, StarHub and Viacom.

Too has previously directed Mickey Go Local, a short animated series commissioned by Disney and the first original animation series produced by the company in Southeast Asia. Han, meanwhile, has directed and was showrunner on Downstairs, which into its third season having been acquired by Netflix.

108 Media said the deal is “the first” of its planned acquisitions in Singapore this year, with more to follow as it looks to build “a modern global studio system for top-tier international content utilising its various sales, production, and financing ecosystems.”

The company added that it wants to build a “diversified and fully stocked ‘super indie’ focused on content and IP in emerging markets,” something it said is possible following the DCD deal in December and its majority stake taken in Revolution in May.

“Aside from the injection of new growth capital towards accelerating our scale-up plans in order to drive and co-produce larger and more strategic international projects, we also welcome a new global partner in 108 Media, who shares our passion and ambition in realising the importance for Asian animated stories in all genres to be produced for global audiences”, said Toh and Han in a joint statement.

108 Media’s London-based Abhi Rastogi added: “They fit the DNA and culture we’re building at 108 Media so well with the artistic teams they’ve assembled, mentored, and led. We’re laying the groundwork of something truly special with the teams we are carefully building in our corporate and creative expansion across markets as we move into production.”

RPM will work directly with 108 Media’s distribution and production teams around the globe, which are led by CEO Rastogi and president Justin Deimen. The company’s senior team also includes Rod Smith, who heads acquisitions, and Ryo Ebe, MD of 108 Media in Japan.

The company’s slate includes The Violinist, an animated feature film set in World War 2, and LA-Taiwan-Singapore co-production A Banquet for Hungry Ghosts, which is being co-produced with Studio76.