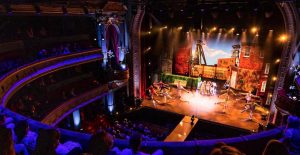 Curtain’s up for German Musical of Your Life

ProSiebenSat.1 has ordered a German version of Belgian format The Musical of Your Life.

The show, which has been commissioned via ProSieben’s Seven.One Entertainment division, features a well-known local celebrity who is invited to a theatre to join the host for an interview, during which five of the most memorable moments of his or her life are turned into musical scenes performed live on stage.

The format was created and first produced by Dedsit in Belgium, with nine international versions now in the works. It is sold by Be-Entertainment.

Kennedy Secret Tapes, which will be launched in time for the 60th anniversary of the crisis in October, uses tapes restored by WMR to tell the story of the 13 days when the world held its breath as the US and Russia faced each other off with both their fingers on the nuclear button.

The show will feature audio from the roughly 200 hours on the restored tapes, allowing audiences to hear clearly for the first time what the US president and his advisers thought and did as they argued and disagreed over the crisis.

Alan Griffiths CEO of WMR, said: “We have applied sophisticated software to the Kennedy Tapes for the first time which means that the crisis can now be heard by viewers for the first time in the voices of the participants in the White House that October 1962.”

Rocket CEO, Matthew Frank, added: “This is simply an extraordinary film that gives a unique perspective on a huge moment in our recent history. It’s a compelling account from the people at the very highest level involved in the crisis which has never been heard before.” 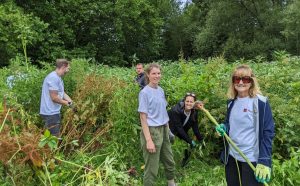 Banijay has launched its annual volunteering initiative, which will see employees from around the world supporting local good causes in 19 countries.

The initiative, labelled Baniday, will see around 500 employees supporting charities and not-for-profits in their own communities. It kicked off in France and Germany last week, while staff in Brazil, India, Italy and Spain, will hold their own events by the end of 2022.

Bassetti said: “It’s important for us to take a step back from our day-to-day business and give time to support our local communities who act as a home for us day-in day-out.”

Over 150 employees in France organised a concert and made decorations for hospitalised children, while staff from EndemolShine North America, Bunim Murray and 51 Minds got together to help refurbish a local LA school.