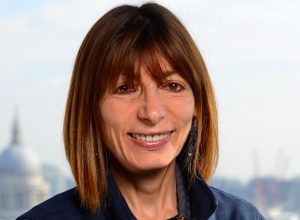 ITV in the UK is expanding its strategy of ordering documentaries to accompany its dramas with a show exploring the mysterious disappearance of Australian millionairess Melissa Caddick.

Life And Limb: The Missing Millionairess is being produced by Fremantle-owned UK prodco Naked and will explore the disappearance of the fraudster after she was investigated for financial misconduct.

Caddick left her house in Sydney in November 2020 to go for a run and never returned home. Three months later, surfers on a beach 250 miles to the south of the Aussie city found a washed up trainer containing human remains.

Fremantle will distribute the doc globally, which is being accompanied on ITV by Vanishing Act (working title). The drama, sold by DCD Rights, is a Screentime Banijay Production drama that tells the story of Caddick’s disappearance after being confronted by authorities for her alleged multi-million dollar swindling.

Jo Clinton-Davis, ITV controller of factual, said: “We have had demonstrable success coupling the real story to dramas based on true events. The real story of Melissa Caddick is inherently full of drama and intrigue and with a sharp focus on the victims as well as unpicking each strand of the mystery we are sure this will be a compelling and extraordinary feature documentary.”

The drama-doc strategy has been employed increasingly by ITV: in April, the broadcaster ordered a 1 x 60 minute documentary – People vs Post Office: The Real Story (working title) – from Little Dot, which will accompany the four-part drama on the same subject from the same producer.

ITV also aired one-off doc The Real Anne: Unfinished Business to accompany Maxine Peake-starring drama Anne, which explored the story of Anne Williams who fought for justice for the 97 victims of the Hillsborough disaster.