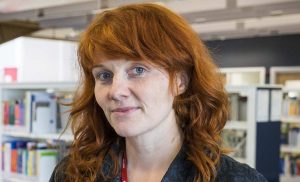 The BBC has ordered a comedy from Raised By Wolves‘ Caroline Moran about a bride-to-be’s hen do from Dead Pixel and Sally4Ever firm, Various Artists Limited (VAL).

Henpocalypse! has been written by Moran and is told through the eyes of five women on “the ultimate hen weekend, which goes very wrong leaving them in the ultimate fight for survival.”

The quintet emerge into a post-apocalyptic world in which the male population has been almost entirely wiped, leaving the women to work out what to do with the male stripper, who appears to be the only man to have survived.

The 6 x 30-minute show has been commissioned for BBC Two and BBC iPlayer. The broadcaster’s commercial arm, BBC Studios, holds a minority stake in VAL.

Tanya Qureshi, head of comedy at the BBC, said: “What could be more hilariously nightmarish than a hen do that never ends?! Caroline has created a very funny show with an incredible collection of women at the heart of it.”

In related news, UK producer Zig Zag has been commissioned by CBBC to make Football Academy, a docuseries following the young players and staff of the academy at Southampton Football Club.

The 15 x 30-minute series was filmed during the 2021/22 season and tracks the highs and lows of key characters at the academy. It will air this Autumn in the countdown to the 2022 World Cup in Qatar.

Bolstering the main TV series is a 5 x 3-minute series of shortform films for YouTube, which star football influencer Kieran Brown, and a special BBC Learning film about careers in football.

Zig Zag’s other football-related shows include The Next Jamie Vardy for Sky, Football’s Godfathers for History Channel and Ultimate Goal for BT Sport and Insight TV.