Jane Featherstone’s Sister lands ‘Everything I Know About Love’ producer 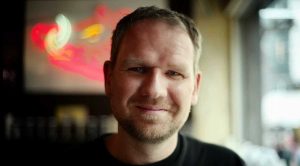 I May Destroy You and Everything I Know About Love producer Simon Maloney has joined Landscapers prodco Sister as an executive producer at its Manchester-based division.

Maloney joins Northern Sister, which was set up in 2021, and will work alongside creative director of scripted Lucy Dyke (The Split), who heads up the regional team.

His first project in the newly created role is on previously announced Passenger, which he will executive produce with Dyke. The darkly comic thriller written by debut screenwriter Andrew Buchan is currently in pre-production for ITVX, with the series due to start filming in late 2022.

Maloney’s focus will be developing and producing high-end scripted projects in the region, as well as nurturing new creators from diverse backgrounds both on and off screen. He will also in work in collaboration with the teams located in London and LA.

The producer has been behind shows including Jimmy McGovern’s BBC drama Time, season three of the Birmingham gangster series Peaky Blinders and, most recently, the adaptation of Dolly Alderton’s memoir, Everything I Know About Love.