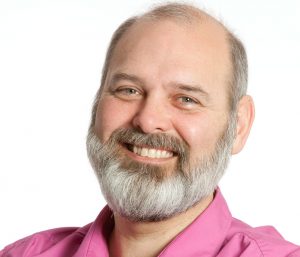 ABC in Australia is looking for a new director of entertainment and specialist after Michael Carrington confirmed his return to the production sector.

Carrington has been at the ABC for sux years, initially joining to lead its children’s division before becoming content director three years later and then taking on his current, expanded remit.

He was behind hit kids show Bluey during his stint at kids chief, while also commissioning a local version of Old People’s Home For 4 Year Olds and The Newsreader.

He also launched the A$5m Fresh Start Fund, which supported more than 200 Australian productions and new content ideas during Covid, while also implementing the ABC Diversity and Inclusion Commissioning Guidelines, which aims to ensure more diverse faces, voices, cultures and stories are reflected and represented on screen.

Prior to the ABC, Carrington worked predominantly in kids TV, with stints at the BBC, Zodiak Kids and Turner Broadcasting Europe. HIs next move is not yet known.

The ABC, which revealed Carrington’s exit last week, has named Jennifer Collins to become acting director of entertainment and the specialist division while a full-time replacement is found.