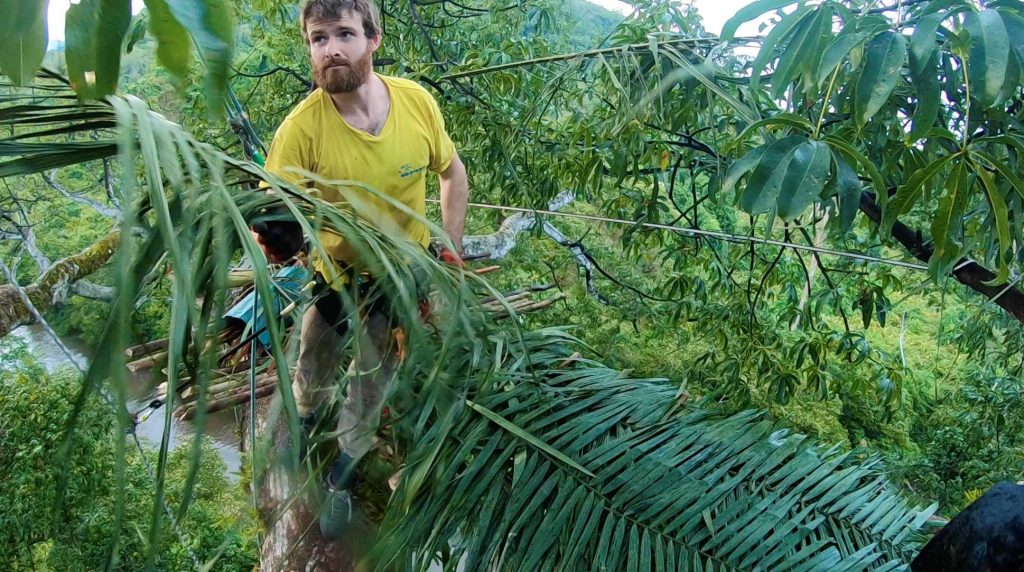 Roku has extended its unscripted originals push with two new commissions, including a show from UK-based Caravan that will see survivalists attempting to survive in the canopy of the South American rainforest.

Survival From Above was revealed at BANFF alongside Lincoln Log Project by head of originals David Eilenberg, who left ITV America earlier this year to join the ad-supported operator.

The former claims to be the first-ever survival competition series set entirely in rainforest treetops of Guyana, South America, with contestants suspended 100 feet off the ground.

It is being produced by All3Media’s Caravan, whose co-founder & CEO Dinah Lord exec produces with Rafael Montserrat and Jane McGoldrick. Casting is by Charlie Pheby, while Kristina Obradovic serves as production consultant.

Lincoln Log Project is from Entertainment One and explores the world of professional loggers, as master builders create the dream cabins using life-sized Lincoln Logs.

Both shows will premiere exclusively on The Roku Channel in 2023 and join fellow Roku unscripted series such as The Great American Baking Show, To Paris For Love: A Reality Rom Com, and Honest Renovations.

Eilenberg told delegates at BANFF that he expected to see AVOD expand in popularity rapidly in coming years, predicting “a big boom in original commissioning not just from us but from others too.”

“We want shows that offer an easy point of curiosity,” he continued. “We can use our home screen to promote our own originals, and shows such as Lincoln Log can give a really easy point of entry.”

Eilenberg added that more scripted shows are also on the agenda, building on series such as Newsreader from Australia, and the former ITVA exec said “more serious dramas” could be expected in the future.

“We are new and have to move fast so it’s great for us to be able to see projects that have work behind them. We’re in a ramp up phase so if we have a scripted show that has a script already, for example, that really helps and those are the projects that are gaining the most traction.”

He added that Roku is open to different models on both scripted and unscripted. “Some times we will pay full freight to own and control, but then we also deal with structures that work differently in terms of flexibility.”