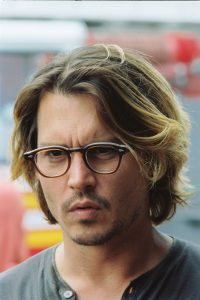 Warner Bros. Discovery UK is expanding its ‘vs’ documentary format, with a follow-up to original Johnny vs Amber in the works alongside a new show exploring the rift between footballer’s wives Coleen Rooney and Rebekah Vardy.

Coleen vs Rebekah will examine the recent UK court battle between the celebrities, which came after Rooney discovered someone was leaking personal information to The Sun newspaper.

Determined to identify who was responsible, she posted a series of fake stories on her private Instagram and then publicly announced via social media that Vardy was the source. Vardy, who has maintained her innocence throughout these claims, sued Rooney for defamation resulting in one of the biggest celebrity showdowns of recent years.

The doc is being produced by All3Media-owned Optomen TV, which was behind the December 2021 two-parter, Johnny vs Amber, which explored Depp’s defamation trial in the UK High Court.

That show, which is ranked as the top Discovery+ acquisition driver in the UK, is now to be followed up with another two-part programme that explores the most recent high-profile legal battle between the pair in the US.

Each episode will present one side of the argument through legal teams, friends, family and key witnesses. The final extension to the franchise is Britney vs Jamie, which explores the relationship between global pop star Britney Spears and her father Jamie Spears after he was suspended as her conservator.

The three new series will drop on Discovery+ in the UK later this year, with details on the international roll-out to follow. They were ordered by Clare Laycock, SVP of planning & insights for head of entertainment for Warner Bros. Discovery UK, and commissioned by Charlotte Reid.