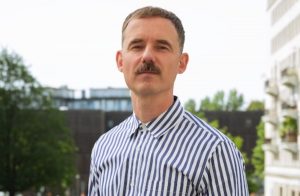 The company is known for socially relevant entertainment shows including Germania for ZDF and 13 Fragen for ZDFneo, as well as being behind German political journalism YouTube channel Die Da Oben.

Leonine is buying its stake from MD Bastian Asdonk, who will remain in his post after the deal concludes on 1 June.

He will work with Leonine’s chief digital officer Christian Meinberger, who will join the Hyperbole management team. He currently oversees digital format development across all of Leonine’s production companies.

Leonine CEO Fred Kogel said: “Hyperbole’s development and formats have impressed us for some time now. The company is characterised by a clear profile, a feel for the zeitgeist and a successful mix of innovative and journalistically high-quality formats.

“Together we will complement our existing IPs with new formats and expand the cross-media reach of our content. In this way, we’re broadening the growth potential for our digital production area for the long term.”