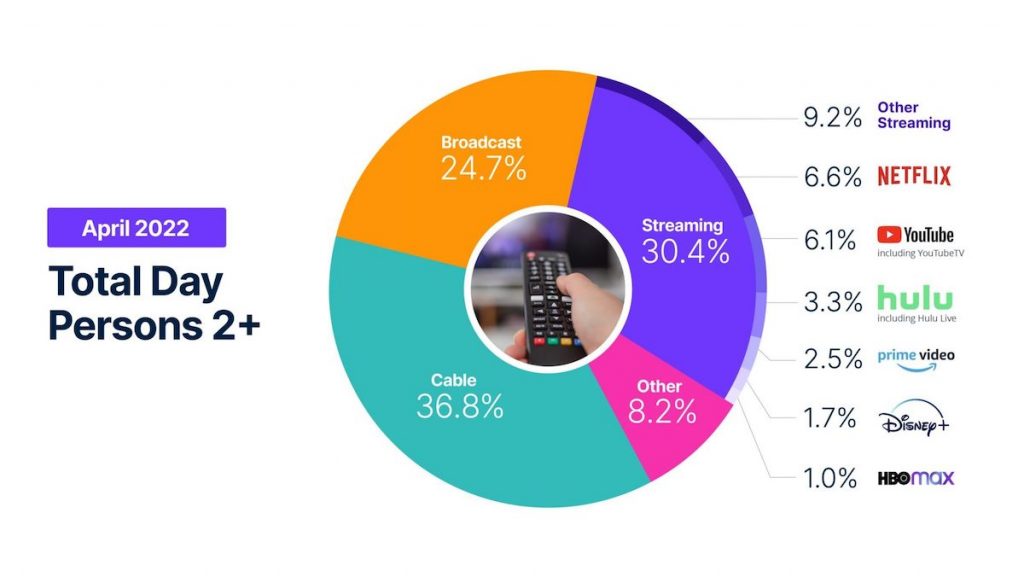 Netflix, YouTube and Hulu helped power streaming in the US to another record high for market share in April, according to recently released data.

According to Nielsen’s The Gauge monthly TV viewing snapshot, streaming captured 30.4% of total TV viewing in the US in April. This was up from 29.7%, a previous record high, the month prior.

Overall TV viewing in the US was down 2.1% from March, but streaming volume was virtually identical, Nielsen said.

The report also noted that HBO Max achieved a 1% share of streaming for the first time. Unsurprisingly, Netflix was the largest single streaming operator and accounted for 6.6% of all viewing in the US in April.

Broadcast viewing meanwhile was down 3% in April and lose 0.2 share points from March. This, Nielsen said, is due to a nearly 15% decrease in content from the Drama genre as season finales began to air. Sports experienced a 38% drop on broadcast networks, while broadcast news viewing was flat.

Lastly, the report notes that cable lost 0.2 share points in April and saw a month over month usage decline of 2.5%. Sports viewing on cable increased 17% due to the NBA playoffs and the NCAA Final Four, but cable news saw its first downward trend in several months for balance.