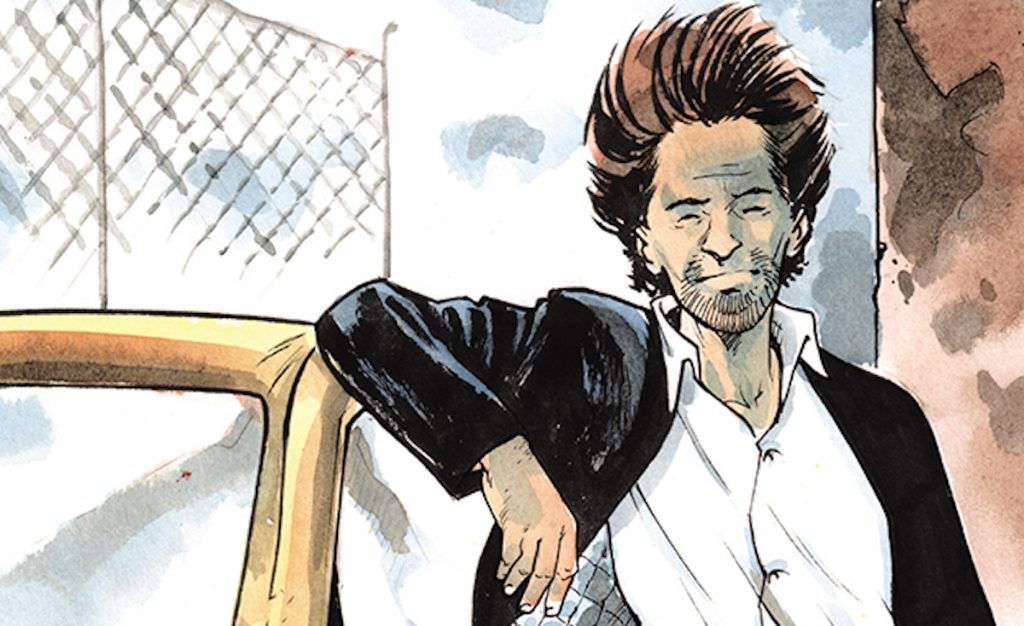 Jon Kramer and Lee Kramer will serve as executive producers on the project for AfterShock Media, the parent company of AfterShock Comics, which is the publisher behind the soon-to-debut comic title. Hulu secured the project after outbidding multiple parties, according to AfterShock.

Peter Calloway, who has served as producer on shows including Cloak & Dagger, Under The Dome and Legion, will serve as showrunner on the adaptation, having previously written the title Shadow Doctor for AfterShock Comics.

The “math-inspired” A Calculated Man comic series hails from writer Paul Tobin and artist Alberto Albuquerque  and follows Jack Beans, an accountant living in witness protection after betraying his former employers, the Pinafore crime family. After three years, Beans decides to reclaim his old life, but what follows is a journey full of murder, mayhem and mathematics.

“This was a very competitive situation, but creatively they understood not only our vision for the title and the lead Jack Beans, but brought us a writer, Peter Calloway, who we had not only worked with before but also pitched us a concept which was in-sync with both Paul and Alberto’s devilishly fun creation,” said AfterShock Media’s CEO, Jon Kramer.

“It’s not often that a story grabs you by the throat and heart at the same time,” added Calloway. “A Calculated Man did just that. The moment I read Paul and Alberto’s beautifully bonkers book, I was excited to bring it to the screen.”

AfterShock Media is comprised of Rive Gauche and AfterShock Comics, with the global distributor and publishing company merging in 2020 to sell the comics IP into new formats, including TV, film, gaming and podcast products.

This latest commission for AfterShock follows an order in January for an adaptation of supernatural drama comic-book series Dead Day, from NBCUniverdsal streamer Peacock, with the series to be adapted by The Vampire Diaries creators Julie Plec and Kevin Williamson.