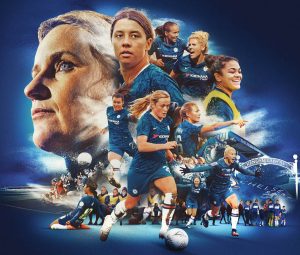 The show is a behind-the-scenes look at Chelsea FC Women (CFCW) and has been produced in partnership with Waffle Iron Entertainment.

It is produced and directed by Alex Sunderland (The Secret Life Of 4 And 5 Year Olds) and executive produced by Fulwell 73’s Leo Pearlman and Ben Turner.

The six-parter follows the fortunes of the CFCW team from 2019 to 2021, exploring the highs and lows of an increasingly professional, commercialised and highly competitive game. The first episode will land on DAZN and DAZN’s UEFA Women’s Champions League YouTube channel on 29 May.

Paramount-owned Channel 5 in the UK has commissioned ITN Productions to produce a new three-part documentary series with broadcaster and writer Michael Palin as he visits Iraq for the first time.

The show, which is a follow-up to the 2018 series Michael Palin In North Korea, will attempt to explore “the real Iraq” and is due to air later this year. It will be directed by Neil Ferguson, production manager is Jess Jacobs and the executive producer is Will Smith. 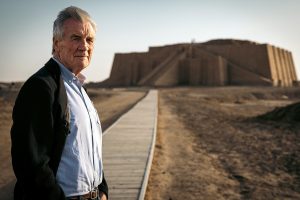 Palin said: “I’ve never visited Iraq and it’s not the easiest country to work in, which is why we chose it as the focus for this series. Scarred by conflict, Iraq is also the birthplace of civilisation. Our story is one of survival, of a nation pulled back from the brink. We wanted to show how a country so long associated with war and violence is dealing with a fragile peace.

“The journey was an eye-opener, a succession of new experiences, new places and new people to meet, a fascinating adventure in a land where past, present and future are unlike anywhere else I’ve ever been. It was a pleasure and a privilege to be back on the road.”

The six-parter is due to debut in 2023 and is being produced by Raw TV, with filling just wrapped. It was part o f a slew of shows ordered for CNN+, which Warner Bros. Discovery shuttered last month.