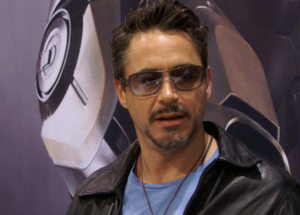 Discovery+ has expanded its partnership with Robert Downey Jr, this time with a series following teams as they turn classic cars into more eco-friendly machines.

Downey’s Dream Cars (working title) is being produced by the actor’s Team Downey prodco and Boat Rocker’s Matador Content, with the show set to launch later this year.

The series will see Downey and experts restoring six classic cars from his own collection to make them more eco-friendly while preserving their power and style.

Downey Jr., Susan Downey and Emily Barclay Ford are attached as executive producers for Team Downey, while Jay Peterson is onboard for Boat Rocker, with Todd Lubin, Dave Larzelere and Ben Wood for Matador.

Team Downey is already working with Discovery+ on The Bond, an upcoming four-part series that will tell the surprising stories of fascinating characters from all walks of life who have formed deep bonds with creatures from across the animal kingdom.

Downey said his goal for the series is “to showcase that it’s possible to keep the integrity of classic cars while leveraging new tech and innovation to make them more eco-friendly.”