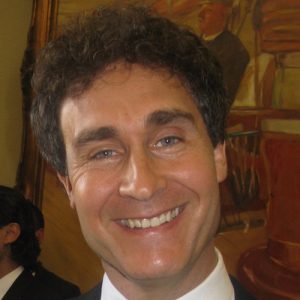 The New York-based film and television production company, which was founded by Liz Garbus and Dan Cogan, will work with Guy Hameiri’s Abot Hameiri to adapt the stranger-than-life true story of the partnership between Israel’s Mossad and a former Nazi general Otto Skorzeny to thwart an existential threat to Israel’s existence.

Doug Liman (The Bourne Identity) is set to direct and oversee development, with David Bartis producing through Hypnotic.

The series, which is based on a single chapter from the novel, tells the story of how Egyptian president Gamal Abdel Nasser secretly hires a team of former Nazi missile scientists to build a missile program that could destroy Israel.

When Israeli prime minister David Ben Gurion learns of it, the young Israeli Mossad initiates a campaign of espionage, kidnappings, extortions and assassinations to slow the threat, before working with the former Nazi general to take down the program from the inside.

Liman desired the show as “the ultimate spy story, replete with the original James Bond, a nascent Mossad and Israel facing its extinction.”

Abot Hameiri is behind dramas such as Shtisel and formats including Power Couple, while Story Syndicate’s output ranges from aforementioned Britney Vs Spears for Netflix, to I’ll Be Gone In The Dark for HBO.