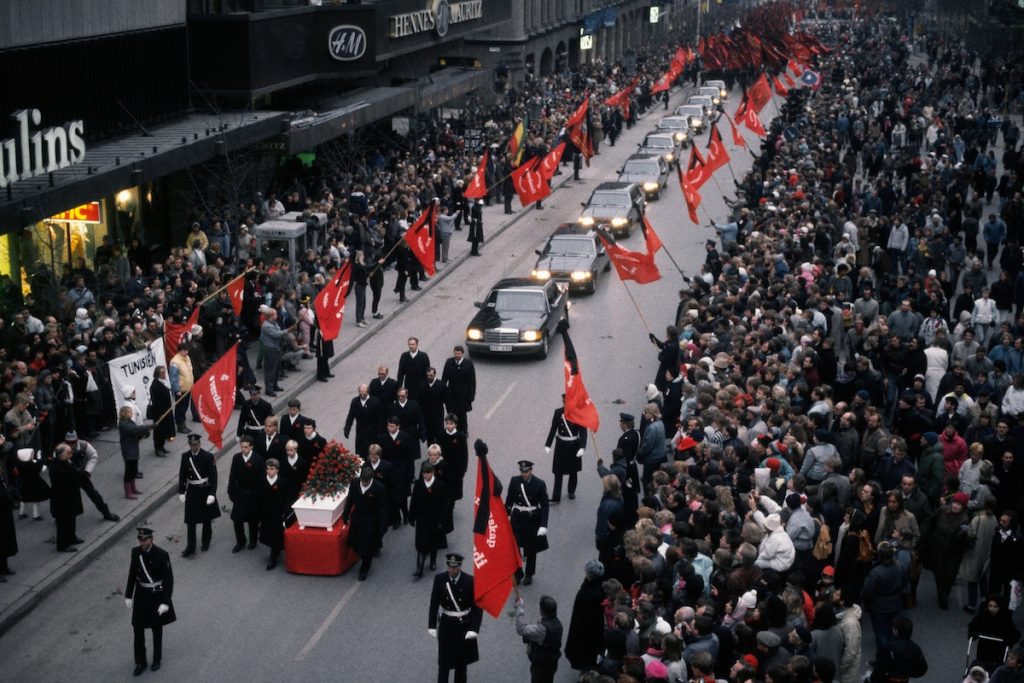 The Assassination Of Olof Palme

All six new titles will also be available on streaming service NOW, with three heading to Sky Documentaries, including The Assassination Of Olof Palme, a ‘thriller-esque” four-parter set in Cold War Sweden.

Produced by Raw, in association with Discovery, and set to debut in early 2023, the 4 x 60-minute series explores the 1986 shooting of Swedish prime minister, Olof Palme, on the streets of Stockholm, which started a 36-year search for the killer. The personal files of late best-selling novelist, Stieg Larsson, author of The Girl With The Dragon Tattoo, form the heart of the investigation, in a decades-long pursuit of the truth.

Also heading to Sky Documentaries is Italia 90’, described as “the definitive story of the World Cup that forever changed football”, told by an international roster of sporting interviewees, including Paul Gascoigne, Roger Milla and Lothar Matthäus. Produced by Blast! Films and Sky Studios, the 3 x 60-minute series will debut in November 2022.

Sky Crime will debut Libby Are You Home Yet? in October 2022. Produced by Candour TV, in association with Sky Studios, the 3 x 60-minute series tells the story of Libby Squire, a 21-year-old student, who was abducted and murdered walking home from a club in the UK city of Hull in 2019.

Nutopia is producing the 4 x 60-minute series The Royal Mob for Sky History. Debuting in November 2022. The series tells the saga of the extended royal family that once ruled the whole of Europe, and how their loves, marriages and feuds dragged the continent into the world’s first total war and violent revolution.

Sky Nature, meanwhile, will debut Arctic From Above With Liz Bonnin in early 2023. Produced by Lion TV, in association with Sky Studios, the 3 x 60-minute series follows the titular wildlife biologist as she travels to one of Earth’s last great wildernesses to reveal fresh insights about its animals.

Sky’s director of documentaries and factual, Poppy Dixon, said that the new commissions “display the extraordinary breadth of content across our factual portfolio.”