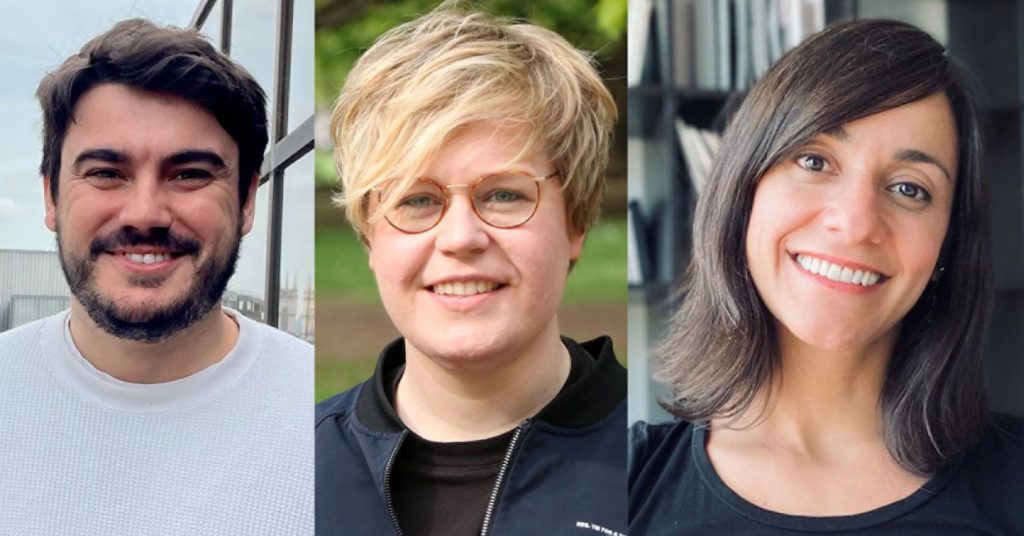 ZDF Enterprises-owned factual outfit Off The Fence (OTF) is expanding its sales and co-production teams with three new hires to its Amsterdam-based distribution arm.

Miriam Hossbach is joining the company in the newly created position of director of co-production and sales for German-speaking territories, while Emmanuel Grinda takes on the role of sales manager for French-speaking territories, the UK, Eire, the Middle East and Africa. Emilia Gil Villegas, meanwhile, has been appointed as sales executive for Iberia, Latin America and Hispanic US.

Hossbach previously spent six years at Sky Deutschland, where she worked her way up from junior VOD-scheduling manager to head of factual channels. At OTF, she is tasked with seeking new co-production opportunities in the German-speaking territories, building up the distributor’s network of independent producer partners and driving sales in her core markets. Hossbach started her career in media as a trainee with A+E Networks in Munich.

In his new role at OTF, Grinda is responsible for content licensing, and developing and nurturing client relationships across the French-speaking territories, the UK, Eire, the Middle East and Africa. He comes to OTF from NENT Studios, where he handled sales of finished programmes and formats into Asia, Turkey and Iberia.

Villegas, meanwhile, arrives at OTF with a background in journalism, advertising and communications, and will take on sales executive duties for Iberia, Latin America and Hispanic US.

Late last year, Bo Stehmeier was named sole CEO of Off The Fence as co-CEO Ellen Windemuth moved to become full-time CEO at its environmental streaming service WaterBear. The leadership restructure at Off The Fence followed a reorganisation of its operations in July 2021, which saw the company create three ‘pillars’ for its programming: Yesterday, which focuses on historical content; Today, which includes subjects such as natural history, travel, lifestyle and crime; and Tomorrow, which delves into science.

Tags: Off the Fence