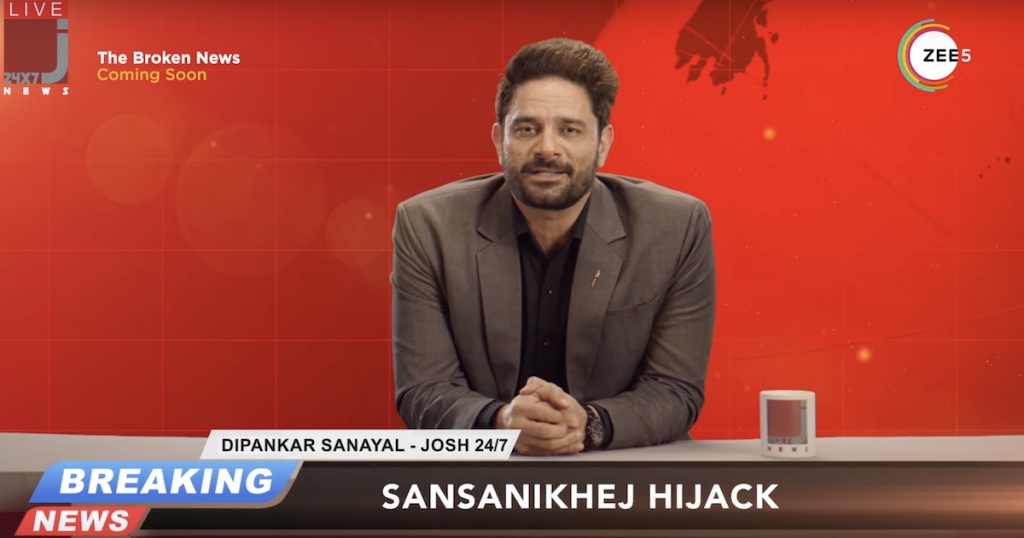 Mumbai-based SVOD service ZEE5 has partnered with producer and distributor BBC Studios India to build a slate of Hindi-language originals for the platform based on British formats.

The first project to result from the collaboration will be an original drama series titled The Broken News, based on the UK series Press, which was created by Mike Bartlett (Doctor Foster) for BBC One in the UK in 2018.

While the original series was set in a print newsroom, this remake will move the action to the world of TV and follow two rival news channels based in Mumbai – Awaaz Bharati, an independent, ethical news channel, and Josh 24/7 News, which offers sensationalist and invasive journalism, and what transpires between the main characters in their quest for news.

Commenting on the partnership, Archana Anand, chief business officer at ZEE5 Global, commented; “We are thrilled to announce our partnership with BBC Studios India, with a new Hindi Original series The Broken News rolling out as the first project. This partnership is in line with ZEE5 Global’s strategy to build a portfolio of unique and compelling stories from South Asia that continue to delight our viewers.”