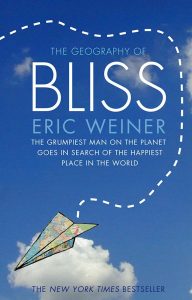 NBCUniversal-owned streamer Peacock has commissioned Rainn Wilson And The Geography Of Bliss, a new original docuseries following the actor and comedian as he looks for the both the most and least cheerful places on the planet.

Based on Eric Weiner’s New York Times best seller, The Geography of Bliss: One Grump’s Search for the Happiest Places in the World, the six-episode travel series sees The Office star travel from Iceland and Ghana to the United Arab Emirates and Japan, as he unpacks the science of happiness in a profound, humorous, and experiential way.

It is a deeply personal journey for Wilson, who has his own struggles with mental health, with each episode featuring him traveling to a different country to discover how changing your location and perspective can change your life.

“This is the job of a lifetime: traveling around the world for Peacock, seeking to uncover the secret to happiness in these perilous times,” said Wilson. “I’ll let you know what I find out!”