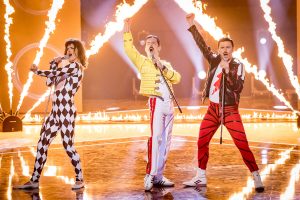 The format was originally created by Banijay-owned Remarkable Entertainment for ITV in the UK and sees people shedding their normal personas to become global icons courtesy of an elite team of glam and stylists.

The Chilean version will broadcast three days a week later in May, following the deal with format distributor Banijay Rights.

The commission comes after ITV confirmed a second season of its version is in the works. Michelle Wasserman, Banijay Rights’ SVP of Lat Am, US Hispanic & Brazil, struck the Chile 13 deal.