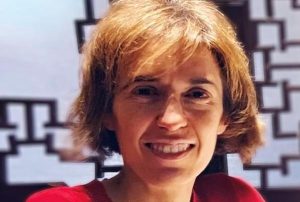 The new arm will produce TV series and feature films, as well as offering production services and act as a theatrical distribution arm in Spain.

It is being led by Mercedes Gamero, the former GM of Atresmedia Cine, and Pablo Nogueroles, who was SVP at Warner Bros. Pictures International España. Both will head Beta Fiction Spain with Christian Gockel, responsible for all Beta Group’s Spanish activities.

Beta Fiction Spain is the second Spanish subsidiary of Beta Group alongside Beta Entertainment Spain, which is headed by Javier Pérez de Silva. It primarily focuses on unscripted entertainment formats.

Gamero spent almost two decades at Atresmedia and was behind features such as Klaus, while Nogueroles had been GM of Warner Bros. Pictures International España since 2006 and SVP since 2017. 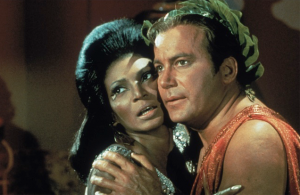 Under the deal, Paramount shows will make their German debuts on  RTL+ or RTL Deutschland’s FTA channels , which will also gain access to highlights from the Paramount library.

The deal includes such as adventure series Dan Brown’s The Lost Symbol and comedy series Made for Love, alongside the Star Trek and CSI franchises.

Henning Tewes, MD of RTL and VOX and co-MD of RTL+, said: “We want to inspire audiences with our content, which is why we’re making a concerted effort to expand our range of streaming and TV content. 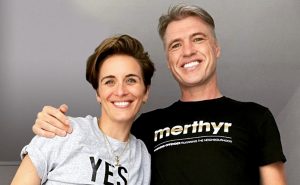 The firm was launched by co-CEOs McClure and her partner Owen, who specialises in sports documentaries across TV and film, and in both the scripted and unscripted space.

The prodco is behind forthcoming ITV drama, Without Sin, a four-part psychological thriller exploring the relationship which develops between a grieving mother, played by McClure, and the man she believes murdered her daughter.

Build Your Own Films is also in development with a six-part political thriller, a multi-part period drama, a travel show and a football documentary from Owen, whose credits include I Believe In Miracles, the story of the history-making Nottingham Forest team that won back-to-back European Cups in 1979 and 1980, which was picked up by Netflix.

Vicky McClure and Jonny Owen said: “We are absolutely delighted to be in partnership with All3Media. Having such esteemed expertise around us will help elevate BYO to the next level.”

The series is the first in a multi-year deal between Shahid VIP and MGM International Television Productions to develop and co-produce original international series.

Produced by Epix Studios and MGM International Productions, in association with NENT Group’s Viaplay, the series is based on the story of the infamous American outlaw, and made its US debut on Epix last month.