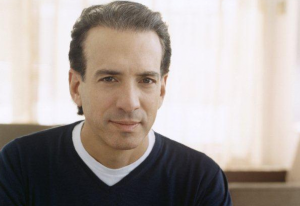 LA-based producer Gunpowder & Sky is moving its horror brand Alter into the FAST business with a new channel to be launched.

The FAST offering will be available across platforms including Samsung TV Plus, Stirr and Redbox this quarter, with more platforms to follow later this year.

All Alter seasons of originals from the brand will be available as well as acquired projects, with feature films such as Tragedy Girls and Hounds Of Love on offer alongside cult favorites and unscripted series.

Gunpowder & Sky, which was launched in 2016 by Van Toffler and Floris Bauer in partnership with The Chernin Group and AT&T, said that Alter already claims more than six million subscribers and 30 millions hours of watch-time across Facebook and YouTube.

The company has previously launched Alter shows via its app, Dust, which is available through Amazon Fire TV, Android, Apple TV, and Roku.

It is also behind Sheryl Crow documentary Sheryl, which premiered at SXSW earlier this year, and also partnered with Paramount+ on two music documentaries that chronicle the worlds of soft rock and 1980’s hair metal that will debut later this year.