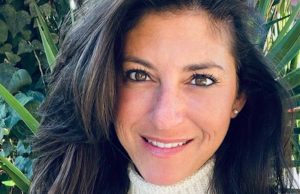 The company’s slate includes Dinotopia, Under The Wave at Waimea, Death Line, an untitled James Ellroy project and Old Man And The Sea.

Cohen has worked in the industry for more than 25 years and was most recently consulting with several networks, including A+E, History and Lifetime, for which she oversaw season two of UnReal.

Prior to that she spent two years at Island/Def Jam Records as VP of content strategy, where she developed film/tv projects using the label’s artists and music, and had earlier in her career worked for USA, Court TV, SyFy Channel and the Mark Gordon Company.

Loze said Cohen’s “experience in film and television development across various genres is unmatched, and I know she will be an important part in achieving our goal of bringing high-end premium content to audiences worldwide.”

Cohen added: “The demand for premium content is at an all-time high and Halcyon’s mission to bring quality content to the masses is the perfect answer.”