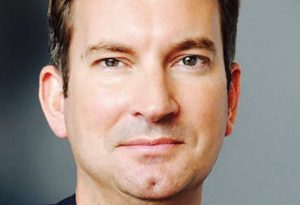 Universal International Studios has promoted Ed Havard to head up the studio’s unscripted strategy in the UK.

Taking on the role of SVP, creative, unscripted programming, London-based Havard will report to recently promoted head of studio David O’Donoghue and will build on the company’s strategic partnerships with creators, producers and on-screen talent to source shows with global scale and appeal.

Promoted from his current role of VP of creative partnerships for Universal Studio Group, Havard first joined NBCUniversal from Channel 4 in 2019 and during his tenure has forged a number of unscripted deals and projects across NBCUniversal, including major partnerships with UK producers and talent.

Havard is credited with fostering creative partnerships between the studio’s Monkey, Matchbox Pictures prodcos, and its formats division and Universal Television Alternative Studio. Last year, he also fostered a development partnership between the BBC and NBCUniversal to identify and fund content from UK-based indies with transatlantic potential.

Prior to joining NBCUniversal, Havard spent seven years at Channel 4 across various roles including head of entertainment and TV events, where he built a slate of shows and projects, including the The Lateish Show With Mo Gilligan. He began his career at the BBC, where he went on to become the editor of BBC One’s Question Time and executive producer for BBC Arts and Entertainment.

Last month, the studio also struck a first-look deal with Call My Agent writer Quoc Dang Tran, as well as a partnership with Spanish prodco Buendía Estudios to co-develop and co-produce Spanish-language series for global audiences.

“It’s a very exciting time for Universal International Studios. The scale and ambition of unscripted programming across NBCUniversal is extraordinary. I can’t wait to drive this next phase of growth in our unscripted strategy,” commented Havard.