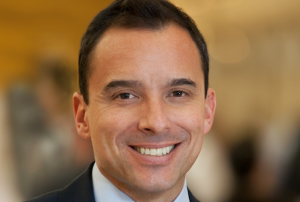 Fremantle has struck a development deal with AWA Studios, the film and television division of AWA (Artists, Writers & Artisans) that is backed by James Murdoch’s Lupa Systems and Elisabeth Murdoch’s Sister.

The deal will allow Fremantle and AWA Studios to collaborate, identify and co-develop a slate of TV projects based on AWA’s expanding IP library.

The graphic fiction publisher and entertainment studio, which sold its millionth comic this year, was founded in 2018 by alumni from Marvel, DC, NBA, Fox, and MTV. It aims to champion creators by supporting originality and allowing artists and writers to retain ownership stakes.

The pact will see Fremantle leading on raising production finance and funding the development of projects, as well as running studio efforts and producing. The RTL Group-owned firm will also handle international distribution for all projects launched under this partnership.

AWA, which is also backed by Lightspeed Venture Partners, launched its studios arm in early 2021, led by president Zach Studin who will oversee the partnership with Fremantle.

Christian Vesper, president of global drama at Fremantle, said: “This partnership will be a major benefit to us both, providing Fremantle with a unique opportunity to explore new ideas and original stories from exceptionally talented artists and writers – and in return, offering a creative home of a significant scale where they will benefit from a global approach.”