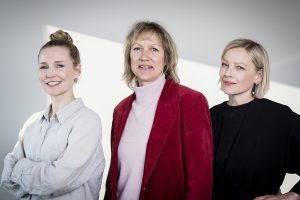 Swedish operator C More, its broadcast network TV4 and Germany’s ZDF have commissioned a Sofia Helin-starring crime drama that has been created and written by The Bridge’s Camilla Ahlgren.

Fallen is from Banijay label Filmlance and sees Helin stars as the new head of a group solving crimes in Malmö, Sweden. Due to a tragedy, she moves from Stockholm down to the small southern town of Ystad, where a cold case becomes topical again and everything is turned upside down.

Fallen is a co-production between C More, TV4, Film i Skåne and Filmlance, in collaboration with ZDF. It is produced by Filmlance’s Anna Wallmark, and Lisa Dahlberg serves as executive producer at C More and TV4.

Lead director is Linnéa Roxeheim (Portkod), working with Olof Spaak. Filming will take place in Malmö and Ystad and the surrounding area and the series will launch on C More in 2023.