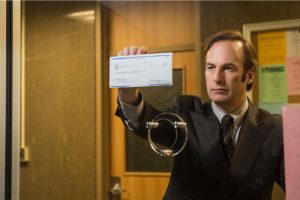 AMC Networks has greenlit Straight Man, its Bob Odenkirk-starring drama that is being produced by Sony Pictures Television, TriStar TV and Gran Via.

The project, which was announced as fast-track development earlier this month in advance of AMC Networks’ upfront event in New York City, is based on Richard Russo’s novel of the same name and has been adapted by Aaron Zelman and Paul Lieberstein.

The duo are attached as showrunners, with Odenkirk, Zelman, Lieberstein, Peter Farrelly, who is on board to direct, Mark Johnson, Russo, Naomi Odenkirk and Marc Provissiero executive producers.

The first 8 x 60-minute season, which is set to debut next year, is a mid-life crisis tale set at a college in a badly underfunded college in the Pennsylvania rust belt.

The show is the third for Odenkirk and AMC, following Breaking Bad and spin-off Better Call Saul.

UK pubcaster ITV has commenced filming The Hunt For Raoul Moat, a fact-based crime drama about the 2010 British manhunt for the escaped killer.

Produced by World Productions and written by screenwriter Kevin Sampson, the series focuses on the innocent victims of Moat’s crimes – Christopher Brown, Samantha Stobbart and PC David Rathband; the police officers who put themselves in the firing line in their quest to apprehend Moat; and the local journalist who sought to tell Moat’s real story in a landscape of sensationalist reporting and social media provocation.

“The hunt for Raoul Moat gripped me from the start, as it was the first such case to be covered ‘live’ by the new 24-hour news channels in the UK. Even then, it interested me that Moat was being portrayed by some as a ‘legend’ in spite of the brutality of his crimes. In 2022, violence against women remains rife and is all too often accompanied by a victim-blaming agenda. I hope this drama will go some way to condemning this narrative,” commented Sampson. 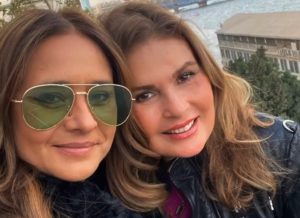 Produced by MBC Studios, the 10 x 60-minute series is penned by British screenwriter Cris Cole and directed by British film and television director, Adrian Shergold. It will debut in Q4 2022.

International distribution of the series will be managed by Till Entertainment.