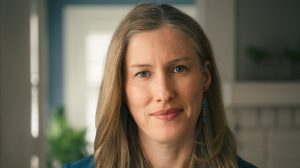 Jones, who was previously EVP of development & current production at Left/Right, will continue to oversee development and production, leading the company’s talent recruitment efforts and working with company co-founders Ken Druckerman and Banks Tarver.

Michael Mezaros, who has been at Left/Right team for over 15 years, has also been promoted to EVP of post-production, overseeing a range of shows such as The Circus (Showtime), The New York Times Presents (FX/Hulu) and Ride With Norman Reedus.