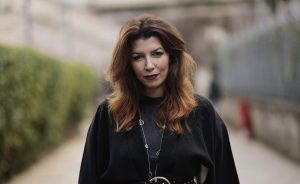 The eighth edition of the event will be held in Rome from 11 to 15 October, while MIPCOM is set to land in Cannes 17-20 October.

Tridente has been head of scripted at MIA Market since 2017 and succeeds Lucia Milazzotto, who departed last October.

She will be assisted by deputy directors Francesca Palleschi, who is head of film content, and Marco Spagnoli, who leads doc and factual content, areas that are becoming of increasing importance to the event.

Prior to MIA, Tridente spent 10 years as a member of the board of RomaFictionFest and was also head of international programming for the event. Before that, she was director of European relations for the Fondazione Rossellini per l’Audiovisivo from 2010 to 2011 and collaborated in the programming of the Taormina Film Fest and Europa Cinema until 2007.

Tridente said: “Over the years, MIA has established itself as the most important Italian marketplace in terms of number of attendees and activity results and has contributed to increasing and facilitating co-productions, distribution, and business relations at an international level.

“My ambition is to produce a high-quality new edition of MIA, representing a turning point that will meet the needs of the global industry’ ecosystem and bringing content in all its formats and genres at the centre of the market.”

MIA was formed via a joint venture between ANICA, the trade association representing the Italian film and audiovisual industry chaired by Francesco Rutelli, and APA, the Italian Audiovisual Producers Association, chaired by Giancarlo Leone. It is also supported by Italy’s Ministry of Foreign Affairs and International Cooperation, the ICE Agency for the promotion of Italian companies abroad, and support from the Lazio Region.

Francesco Rutelli, president of ANICA, added: “With the development and integration into MIA of all audiovisual components, as well as animation, the market will once again confirm itself as an irreplaceable autumn appointment in the calendar of European business events. The International Audiovisual Market is the result of collective work within a system project, with the entire film-audiovisual industry and Italian creativity expressing great energy.”

APA president, Giancarlo Leone, said the October event would be “an essential reference point for the national and international market for the growth and evolution of the entire sector.”