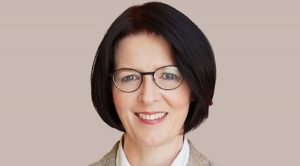 Canada’s factual event Hot Docs has had its top leadership team rejigged after Heather Conway revealed she would be stepping down as co-president & exec director after just six months in the job.

Former CBC exec Conway joined Hot Docs in November to replace Brett Hendrie, who had left earlier in 2021, but she is to move to an “advisory role on strategic planning” from 13 May.

Robin Mirsky, co-chair of Hot Docs’ board of directors, said: “[Conway’s] decision to transition from her current role comes after much thoughtful reflection on how best to restructure the organisation for greater success and how she could best contribute her considerable talents. We thank her for her valuable insight and commitment to Hot Docs.”

Conway added: “There is a strong mission in place for the organisation and very capable people already there to realise it. I remain a passionate member of the community and look forward to working with Chris to advise on strategic planning and contribute to the ongoing success of Hot Docs.”

Her exit follows that of former Hot Docs director Alan Black, who revealed that the event’s upcoming edition – set to run in Toronto from 28 April to 8 May – would also be his last.