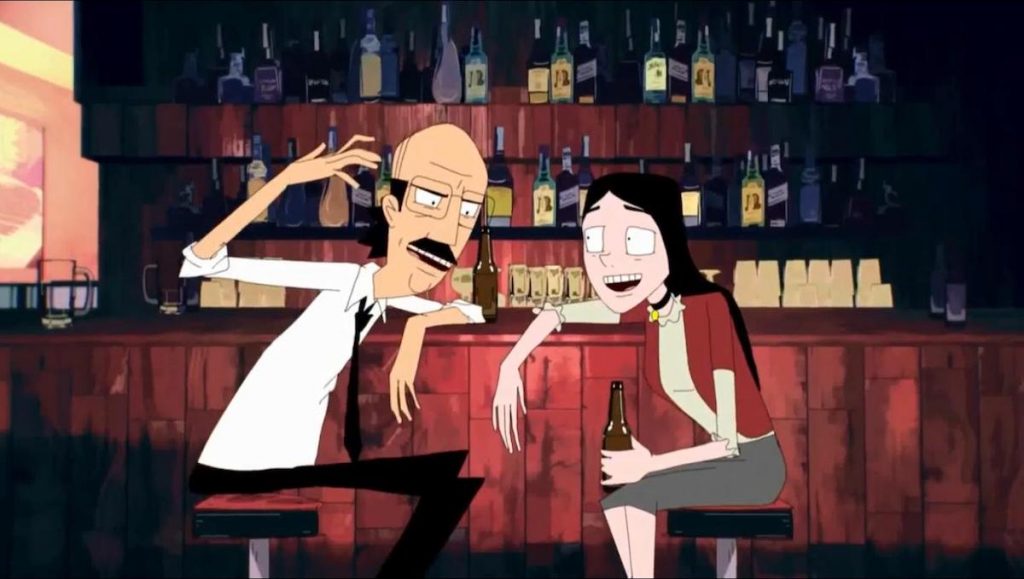 Gary And His Demons

Amazon has greenlit four new Canadian originals, including a revival of the adult animation series Gary And His Demons. Unveiled at this week’s Prime Video Presents Canada showcase event in Toronto, the projects also include dramedy series The Sticky, an untitled documentary project on the rock band The Tragically Hip and feature film Sugar.

These join the slate of previously announced Canadian originals including The Kids In The Hall; companion docuseries The Kids In The Hall: Comedy Punks; The Lake; The Unsolved Murder Of Beverly Lynn Smith; LOL: Qui Rira Le Dernier? and Three Pines. It also follows yesterday’s announcement that Prime Video is increasing its investment in French TV production with seven new local originals in the country.

The Sticky is a half-hour dramedy series revolving around Ruth Clarke, a tough, supremely competent, middle-aged Canadian maple syrup farmer who’s had it with being hemmed in by the polite, bureaucratic conventions native to her country’s identity – especially now that Canada’s bureaucracy is threatening to take away everything she loves: Her farm, her comatose husband, and her right to freedom.

With the help of Remy Bouchard, a pint-sized local blockhead and Mike Byrne, an aging low-level mobster, Ruth changes her fate – and transforms the future of her community with the theft of millions of dollars’ worth of maple syrup.

The untitled factual project, meanwhile, hails from director Mike Downie, with Courage Films, and is a multipart docuseries that will feature exclusive, never-before-seen footage, photos, performances, and stories from the Tragically Hip’s long and storied career.

Woven throughout the interviews will be lead singer (and Mike’s brother) Gord Downie’s personal writing from his notebooks and journals, lyrics, and correspondence with family, friends, and fans.

The documentary will cover everything from the band’s early days playing weekends at Kingston’s infamous strip bar, to their hitting the small towns of Ontario in a broken-down van, to winning over Toronto one club at a time, to their first fateful trip out west. 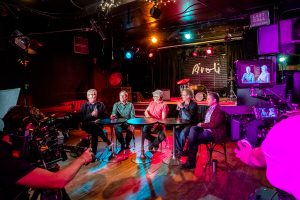 The Kids In The Hall

Prime Video is also relaunching the adult animation series Gary And His Demons, which ran for a single season in 2018. Produced by Look Mom! Productions, a Blue Ant Media production company, this belated season two will launch in the fall, following a cantankerous, aging demon-slayer who has nothing left to lose.

Burdened by his “Chosen One” status and backed by a team of specialists he can’t relate to, Gary struggles to remain interested in saving the Earth – a duty he never asked for and doesn’t want. The series is created by Mark Little, who serves as head writer, co-director, and the voice of Gary.

The feature follows two young influencers who are coaxed by a charming man into joining a luxury vacation aboard a cruise ship bound for Australia. But as they sail through the Caribbean and South Pacific, the dream trip quickly becomes a nightmare when the women find themselves ensnared in a deadly drug smuggling operation. The film will launch in Canada, Australia, and New Zealand on Prime Video later this year. Cineflix Rights will distribute the film internationally.

“We have already had success in Canada with local content including All or Nothing: Toronto Maple Leafs and LOL: Last One Laughing Canada. The slate shared today demonstrates our focus and investment in developing the highest quality content for our Prime members in Canada,” said Magda Grace, head of Prime Video Canada.

“Our roots in Canada run deep with productions like The Boys, Reacher, The Man in the High Castle, The Expanse and Upload being shot in Canada, but now our slate of Canadian Amazon Originals underlines our investment in the local creative community and commitment to our Canadian audiences.”