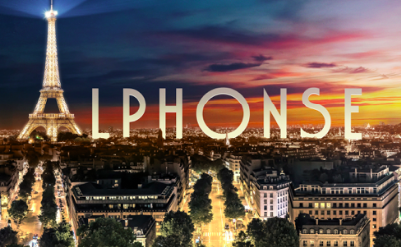 The new originals announced are Alphonse, Medellín, Hawa, Classico, Cosmic Love, Ourika, and Killer Coaster, a mix of series and films, with Amazon revealing that more announcements are to follow soon.

Alphonse, a comedy series about self-discovery, starring The Artist actor Jean Dujardin and directed by Nicolas Bedos, will make its debut worldwide in 2023. The series is produced by Alain Goldman for Montmartre Films.

ITV Studios France is meanwhile producing dating format Cosmic Love, which will stream this year and follow four singletons, who rely on astrology to meet their perfect partner.

“Urban western” Ourika will come next year. Created and written by Clement Godard, Elie Yaffa (aka Booba), Clément Gournay and Vincent L’Anthoën, the series is produced by Prelude, part of Vendôme Productions, and 7Scope, and follows a drug dealer and a police officer who go head-to-head during the 2005 Paris riots.

Other titles include crime drama Killer Coaster, from Vacarme, and created and written by Nikola Lange and Thomas Mansuy, and telling the story of a sloppy cop who stumbles on a major murder case.

On the film side, coming of age movie Hawa from Bien ou Bien Productions will be available this year, as will comedy movie Classico, which is produced by Federation Entertainment & Yvette Production, while Colombia set drug crime drama Medellin will meanwhile stream in 2023.

Unveiling the titles at its Prime Video Presents France 2022 showcase event in Paris, Amazon also offered first looks at previously announced local originals and exclusives, and revealed the list of sports talent that will anchor its upcoming coverage of Roland-Garros in France next month.

“Today, we unveiled a series of outstanding projects underlining the strength of our commitment to French customers and offering the largest and best content selection they can find. These exciting originals, exclusives, and live sports announcements also underline how we more than ever are a force for good for the French audiovisual industry, promoting diversity in front and behind the camera, and we’re just getting started,” said Brigitte Ricou-Bellan, country manager, France, Prime Video.

Georgia Brown, head of European Amazon Originals, Amazon Studios, added that the “announcements are another step in our mission to bring the most exciting French TV series and movies to Prime members and underline our commitment to investing significantly in France. And there are still a lot more to come.”