While the first MIPTV in three years might have attracted folk from more than 80 countries to the French Riviera, the big stories of the week were happening elsewhere.

For those of a British persuasion, news that the UK government has chosen to formally press ahead with privatisation of Channel 4 dominated dinner discussions on Monday night in Cannes. Attention on Tuesday evening and Wednesday, meanwhile, turned to the exodus of top-level execs from WarnerMedia in the US.

The potential implications of both these developments on the international industry were front and centre for most delegates on the ground in France (organiser RX Media reports there were 5,000 attendees, apparently), but there were also some other noteworthy trends that will no doubt fill conversations when the industry returns to Cannes with gusto for MIPCOM in October.

That event, if TBI’s straw poll is anything to go by, looks set to be a whopper and there’s little doubt that the rather incongruous sight of the Palais not decked out in advertising this week will revert to its former colourful glory in six months time.

Here are TBI’s top six takeaways from the market that was MIPTV 2022. 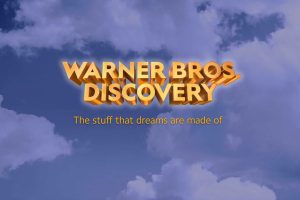 The stuff dreams are made of?

It’s hard not to kick off with developments at Warner Bros. Discovery, although much of the news broke as execs were jetting home on Tuesday night. Those still in attendance pointed out that it clarified – if there had been any doubt – that David Zaslav’s position atop the $43bn merged company could pose problems for quite a few senior execs on the WarnerMedia side.

CEO Jason Kilar left as expected, but the exodus continued with studios chief Ann Sarnoff, HBO Max boss Andy Forssell and six others holding EVP titles swiftly departing as the merger reaches its conclusion. Talk on the Croisette focused on what it all means for those working in the company’s non-US operations, and the general consensus is that what starts in the US, tends to track elsewhere.

Several senior execs pointed to the $3bn cost efficiencies that Discovery has already identified as reasons to be fearful, with news later in the week placing well-known names on the international circuit from Discovery to key US-based roles. These include JB Perrette – the ex-president & CEO of Discovery Streaming & International – taking charge of Warner Bros. Discovery Global Streaming & Interactive, and the factual giant’s lifestyle chief, Kathleen Finch, taking on a new role overseeing the combined groups’ 40-plus Stateside channels operation.

Perrette’s role, in particular, will have huge sway as it includes oversight of Discovery+ and HBO Max. The latter was being promoted in Cannes by international chief Johannes Larcher, who told TBI that sustainability and profitability are now being put ahead of straight subscriber numbers, which may well tally as Zaslav looks to focus on reducing Warner Bros. Discovery’s substantial debt. For the combined company’s roughly 40,000 staff, many of whom are outside of the US, there’s little doubt that this is not the stuff that their dreams are made of. 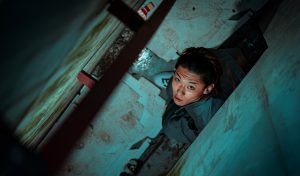 Even more eyes on unscripted

While discussions at the start of the week swirled around what the new Warner Bros. Discovery might look like, it was clear by the end of it that the execs behind the largely factual and reality-dominated operator would win out. Unscripted shows are continuing their rampant march, particularly with streamers seeking profitability over straight subs numbers growth, as per Larcher’s comments. That seems to mean less billowing budgets for scripted and more cost-efficient unscripted fare in future.

On the content front, there were few major deals brought to the fore in Cannes, but buzz fizzed around Japanese format Dark Doubt from Nippon. A flurry of Korea-based tie-ups were also struck, with WeMake in France unveiling a first-look with South Korea’s CJ ENM, while the latter also sold sales right to relationship format EXchange to Banijay. The France-based firm also snagged rights to challenge format Bloody Game from MBC.

Dating remains hot, with ITVBe and ITV Hub in the UK commissioning The Singles’ Table from Banijay’s Initial, but there seems little doubt that unscripted demand is continuing to grow. As Red Arrow Studios International chief Tim Gerhartz put it to TBI, the future looks to be “reality, reality, reality”. Look no further than the new leadership of Warner Bros. Discovery as evidence of that. 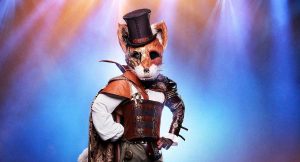 While not new, there was a noticeable uptick in the number of knotty discussions around non-fungible tokens (NFT)’s with producers and distributors. Whether they’re a fad or the future remains to be seen, but there is plenty of money going into working out just how this abbreviation might be used to fund a whole new wave of content.

Fox is leading the way in the US, having made its first moves into NFT’s last year with the formation of both the Blockchain Creative Labs (BCL) and a $100m ‘creator fund’ to identify growth opportunities in the space.

Scott Greenberg, the man tasked with leading Fox’s NFT charge via BCL, was in Cannes and told TBI that the technology is seen as “the future of content distribution and financing”, offering a “way for creators and fans to have a one-to-one relationship, to decentralise yourselves from third-parties who take control of IP and finance it…”

MIPDOC keynote Patrick Aryee reflected similar thoughts, highlighting how the tech could help more unique content from diverse sources emerge. Greenberg also suggested that distribution rights themselves could be sold via an NFT, and the implications on ‘traditional’ outfits that flog rights and fill deficits are clear. Most are exploring and investing to some degree already – but any widespread impact seems to be some years away at present. As Greenberg himself admitted: “To use a baseball analogy, we’re not even throwing the first pitch – we’re still at batting practice.” 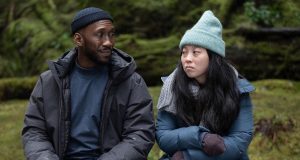 From one tech to another, this time Apple spreading its commissioning reach across Europe with its first senior hire in France. TBI broke news that former StudioCanal and Endemol Shine France exec Georgetta Curavale has joined the company to lead originals in the country, reporting into Jay Hunt, the streamer’s creative director for Europe.

The streamer has been ramping up its French output lately, with Liaison from Ringside Studios marking its first French original, swiftly followed by Swan Song from Anonymous Content and Concordia Studio. Curavale will now oversee further expansion and Apple TV+ is certainly extending tentacles, if the cocktail chat was anything to go by.

TBI understands the streamer is set to name a high-profile Italian commissioning executive in the coming weeks, joining existing senior execs in Europe such as former BBC factual chief Alison Kirkham, who joined the UK-based operation in 2020.

Indeed, the expansion in France comes at a serendipitous moment, with Apple TV+ (still) riding high over its more established global OTT services after become the first streamer to claim the coveted Best Picture gong at the Academy Awards last month with Coda. That film was, of course, based on 2014 French movie La Famille Bélier. 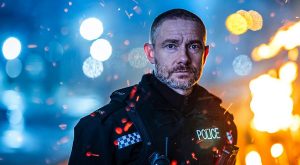 As several (hundred) execs reiterated during the week, content remains king/queen. That means more M&A as the major players, at least in Europe, look to gain further mass as the game increasingly moves into a scale play.

For those looking to dispose of production assets or snag investment, now is beginning to look like a good time to make a move. With the pandemic (hopefully) behind us, valuations are surging and groups such as Fremantle are buying anything that moves (and, no doubt, which has the right projections behind it).

Achieving its 2025 revenue target of €3bn means organic growth must be augmented by acquisitions for the RTL-owned group and it again delivered a headline this week by upping its stake in Dancing Ledge Productions to become the majority shareholder of the UK-based prodco.

The firm, behind BBC dramas such as The Responder and The Salisbury Poisonings, was founded by CEO Laurence Bowen in 2016 with backing from Fremantle, so a majority takeover five years or so later was always to be on the cards. Nevertheless, it is another fully formed string to add to the group’s growing bow, following recent deals including the 12 production labels from NENT Group, scripted Italian production company Lux Vide, Fabel, Australian-American firm Eureka Productions and UK unscripted prodco Label1.

Operating in a similarly expansive mode is Mediawan and while it didn’t unveil another acquisition, it did reveal its Mediawan Rights arm is moving into the format game. Former Strix Television and Elk Entertainment exec Estelle Bodén is onboard to lead the new distribution entity, which will operate alongside Mediawan’s existing sales business focused on drama, documentary and kids shows. It is, again, an indicator that the unscripted tide looks set to raise all boats. 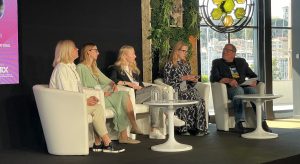 The last word must go to the myriad Ukrainian execs who were in town and some of whom came together at the Stand With Ukrainian Content Industry session. It saw representatives from Film.UA Group, Media Group Ukraine, 1+1 Media and StarLightMedia promoting opportunities to collaborate with creators from the country.

“This is the moment when we really need this support,” said Kateryna Sheveliuk, head of TV fiction production at StarLightMedia, speaking to TBI ahead of the panel. “We would like to keep up sustainable business and to proceed with it; we want to co-operate in the co-production fields, in co-development, in the co-service of both graphics motion design and animation and VFX. So we’re looking for orders.”

Co-productions and acquisitions are being sought, and as Sheveliuk outlined: “We are trying to develop stories still; we are thinking about the new forms of producing something on the very small budgets and with the help of co-production partners and the help of funds etc. We hope for the best and only by joining our forces within the market and abroad we can do something.”

Speaking on the panel, Victoria Yarmoshchuk, CEO of Film.UA Group, minced no words as she reiterated this point: “The best that the world can do for Ukraine now is to co-operate with us. Ukraine does not need mercy, pity or condolences, all we need is new projects, co-operation and jobs for creative people in Ukraine. We realised on the very first day of the war that our weapon is content – and we use it to make the world a better place.”