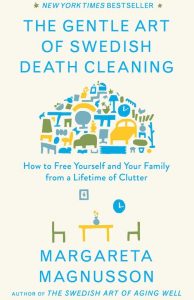 NBCUniversal (NBCU) streamer Peacock has ordered a new unscripted original series, based on the best seller by Margareta Magnusson.

The Gentle Art Of Swedish Death Cleaning is described as a “transformation series” that will feature people who are at a major crossroads and need to get their houses and lives in order.

A Swedish ‘death cleaner’ will help organise and demystify homes, lives, and relationships, allowing people to prepare for death while they enjoy life.

It has been created by US-based Scout Productions and Amy Poehler’s Paper Kite Productions.

Rod Aissa, EVP of unscripted at NBCU Television & Streaming, said the show would take viewers “on an honest and emotional journey as they watch everyday people conquer their worst fears and discover who they really are on the inside.”