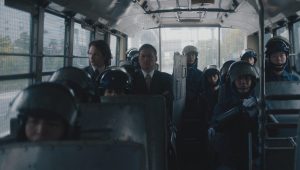 Canal+ in France and Paramount+ in Australia are among buyers of HBO Max and Japan’s Wowow drama Tokyo Vice.

The 8 x 60-minute show, sold by Endeavor Content, has also been picked up by Crave (Canada) and OSN+ (Middle East and Northern Africa).

Filmed on location in Tokyo, it captures Adelstein’s (Ansel Elgort) daily descent into the neon-soaked underbelly of Tokyo, where nothing and no one is truly what or who they seem.

The show was originally ordered by Wowow and HBO Max in the US, with the WarnerMedia streamer also securing the series for its service in Latin America and EMEA, as well as sibling HBO Go in Southeast Asia, Taiwan and Hong Kong. Starzplay in Austria, Germany, Switzerland [German-speaking], Ireland and the UK also has rights.