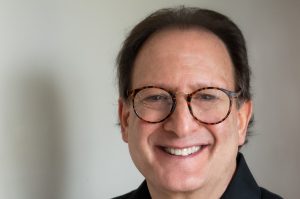 US-based Strong Studios has rejigged its senior exec ranks with the appointment of Scott Weinstock as EVP of development & production, and Melissa Traub as VP of marketing & development.

Both will report to the former CEO of Chicken Soup for the Soul Entertainment (CSSE)’s Landmark Studio Group, David Ozer, who was appointed as president of New York-based production and distribution Strong Studios earlier this year.

Weinstock will be responsible for scripted and non-scripted projects for Strong Studios, while Traub will lead day-to-day marketing efforts and liaise with distribution partners on marketing and social media campaigns.

Strong Studios is backed by US screen manufacturer Ballantyne Strong and operates as part of the its Strong Entertainment division. It develops and produces original feature films and television series, as well as acquiring third-party rights to content for global multi-platform distribution.

The division launched with a distribution agreement with CSSE’s Screen Media and two scripted series, Safehaven and Flagrant, have been greenlit for production this year. Screen Media will distribute both series, with their streaming services Crackle, Popcornflix, and Chicken Soup for the Soul having first rights to premiere.

Prior to joining Strong Studios, Weinstock worked for the NBA while Traub worked with Ozer as the director of development & marketing at Landmark Studio Group.