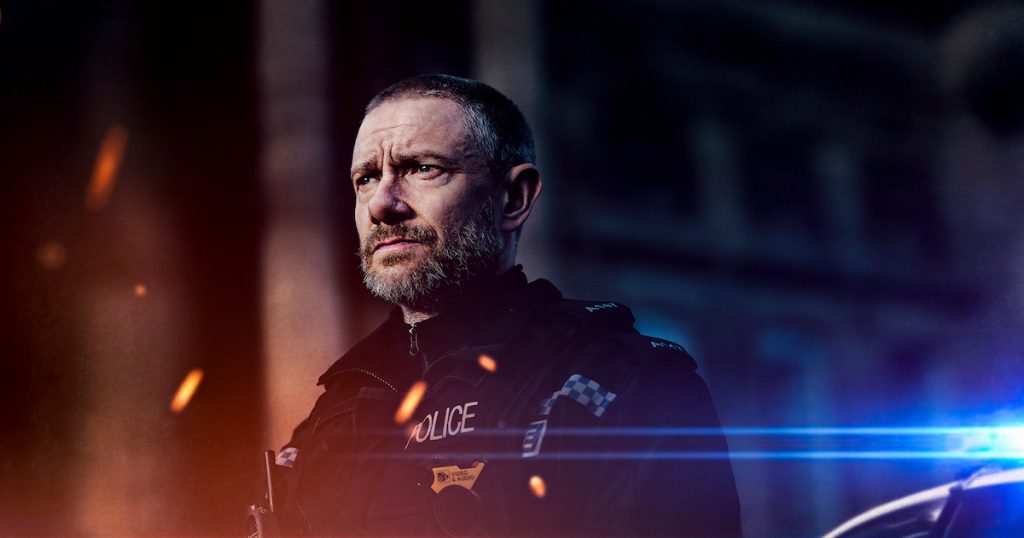 Fremantle has upped its stake in Dancing Ledge Productions to become the majority shareholder of the UK-based indie that is behind BBC dramas such as The Responder and The Salisbury Poisonings.

Founded by CEO Laurence Bowen in 2016, with backing from Fremantle, Dancing Ledge Productions has expanded rapidly, with Chris Carey joining as managing director and executive producer in March 2020.

Carmel Burke, previously finance director at Dancing Ledge, has also been promoted to COO, and will work alongside Laurence and Chris to support the company’s continued growth.  Burke joined the company in 2020, having previously held senior finance roles at BBC Studios, Sony, and Banijay.

Dancing Ledge has produced a string of recent BBC One dramas including the Martin Freeman-starring The Responder; The Salisbury Poisonings, telling the true story of the Novichok poisonings and the upcoming thriller event series, Crossfire, starring Keeley Hawes.

Also in production is the Disney+ Star UK romantic comedy action thriller series Wedding Season, penned by Oliver Lyttelton, while supernatural six-parter Domino Day is due to launch on BBC Three next year. The company has furthermore secured a second season commission from BBC One for The Responder which is due to go into production later this year.

Dancing Ledge is also a core supporter of the scripted indie sector, running the High-End TV Mentoring Programme with ScreenSkills and ITV, a Directors Mentoring Scheme with BBC TV, and offering an annual TV Writer in Residence bursary.

“Chris and I are thrilled at the way Dancing Ledge has grown over the last few years nurturing, championing and then producing work by the most exciting new voices in Britain,” said Bowen.

“Authorship and authenticity are at the heart of what we do, and we wouldn’t have been able to do any of it without the unwavering support of Fremantle from day one. Expanding our relationship with Fremantle will allow us to continue to work with the amazing development, production, and finance teams we have. We’re very excited about the future.”

Simon Andreae, UK CEO at Fremantle, added: “Laurence, Chris, and their team have built a fantastic business, driven by an infectious passion, energy, and commitment to their teams, their writers, their actors, and their shows. It’s reflected in their entire portfolio and we are delighted to welcome them as an even closer part of the family as they continue to grow and flourish.”