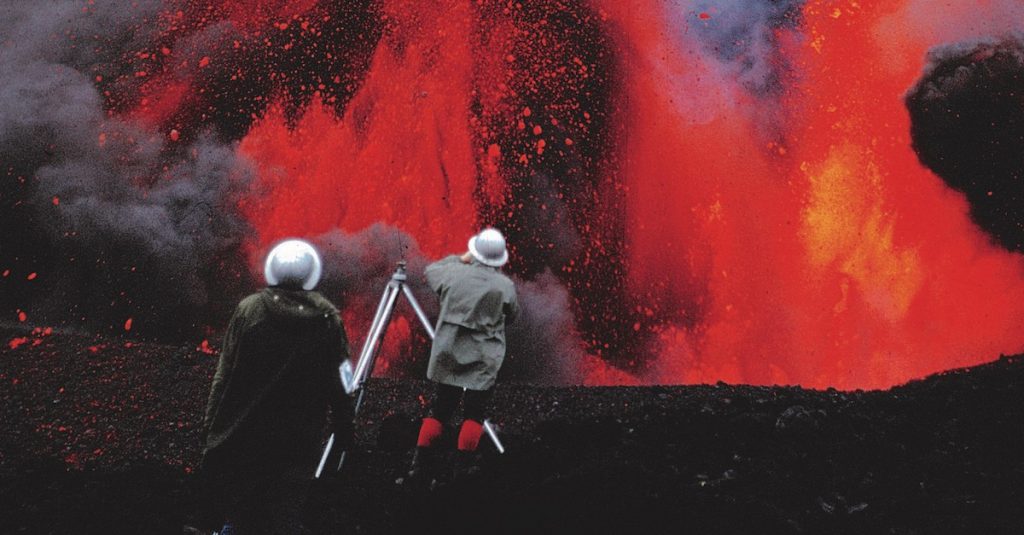 The Fire Within: A Requiem For Katia And Maurice Krafft

Broadcasters including the BBC in the UK and Arte in France and Germany have acquired Werner Herzog’s new feature documentary The Fire Within: A Requiem for Katia and Maurice Krafft, following deals with distributor Abacus Media Rights.

BBC took the 1 x 86-minute series in a pre-sale deal for its Storyville strand, while the film has also been picked up by DR in Denmark, SVT in Sweden and NRK in Norway.

The film, which tells the story of French volcanologists Maurice and Katia Krafft, is produced by Brian Leith Productions, Bonne Pioche and Titan Films. The producers are Mandy Leith, Alexandre Soullier and Julien Dumont. Archive producer is Jess Winteringham, and the film is based on an original idea from Peter Lown.

Jonathan Ford, MD of Abacus Media Rights, commented: “We feel honoured to have the opportunity to distribute The Fire Within. It is an exceptional piece of storytelling by one of the world’s greatest filmmakers.  As well as being a glorious feast for the eyes, it reveals the intensity and determination of a couple who died fearlessly pursuing their absolute passion of volcano exploration.”

SBS Australia and Channel 5 in the UK have acquired 2 x 60-minute documentary Could Hitler Have Been Stopped? with the show having been picked up for distribution by Abacus Media Rights.

Channel 5 will air the first part of the Odyssey Television doc on 5 Select tonight, with the special featuring some of the world’s leading historians in debate, discussion and argument about how and whether Hitler could have been stopped.

Adrian Munsey, Odyssey Television, said: “The seven historians, helped by some wonderful little-seen archive footage, cover all the key – and a number of highly controversial – issues surrounding Neville Chamberlain, Winston Churchill, the policy of appeasement and the fight against Hitler in the Second World War.

“The programme and the analysis within it seems even more relevant and topical since the Russian invasion of the Ukraine, which so powerfully mirrors the extraordinary events described in this film.”

ITV in the UK has commissioned Firecracker Films to produce a one-hour film detailing the events surrounding the assassination of Russian national Alexander Litvinenko in 2006.

The show, which will air in conjunction with ITV’s drama Litvinenko starring David Tennant, tells the real story of the murder inquiry and the radiation health emergency that shocked the world.

The film will include interviews with his wife, Marina Litvinenko, and explores the high stakes criminal investigation. Passion Distribution sells globally.

Produced by WBITVP Belgium, the documentary was originally simulcast on RTVLTV1 and Eén in Belgium in January. It will become available on HBO Max in Europe from 1 May 2022 on its service in CEE, Iberia, the Nordics, and the Netherlands. It will also be available from 23 April 2022 on SBS in Australia.

The three parter sees Princess Delphine of Saxe-Cobourg tell her own unique life story for the first time on television. After being hidden for 31 years, denied for 14 years, and fighting a seven-year legal battle against the highest powers, at the age of 52 artist Delphine Boël finally won recognition. In October 2020, she became Her Royal Highness Delphine de Saxe-Cobourg, Princess of Belgium, daughter of King Albert II.