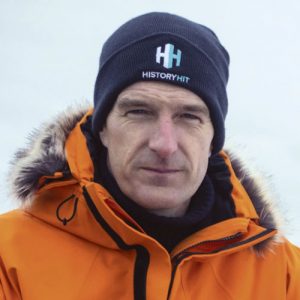 I got the phone call shivering on a platform, waiting for a train. It was a grey British winter day, but I felt like I was under a heat lamp as my caller introduced themselves. They were from the Falklands Maritime Heritage Trust and they were launching an expedition to find Endurance, Shackleton’s legendary lost ship, hidden three kilometres below thick ice in the Weddell Sea, Antarctica. Might I be interested?

Trains came and went as I shouted excitedly into my phone. This was not just an opportunity to witness the year’s biggest history story; for me, it was way bigger than that. This was the call I had been building towards for a decade. This epic project would allow us to unleash a new way of creating and delivering factual content.

Yes, of course I was keen. But not, as the organisers assumed, as a TV presenter who might persuade a broadcaster to come aboard. No. I could be the broadcaster.

Four years before I had started History Hit, a digital history network for history lovers offering podcasts and social video, a big website and a subscription video on demand channel, History Hit TV. In 2020, my company had joined forces with Little Dot Studios and its own portfolio of digital history, science, natural history and documentary brands on YouTube and social media.

The expedition was History Hit and Little Dot’s chance to partner on a story of global interest, to blast it out in real time across all our social channels to allow the world to follow the journey with us as well as provide educational opportunities.

The organisers were not native TikTokers or Instagrammers. But they liked what they heard. They wanted both that social following and, in the event they found the shipwreck, a premium full-length documentary to tell the full story of the expedition, which Little Dot was developing together with the Academy Award-nominated production, education and impact pros at Consequential, veteran shipwreck finders themselves. 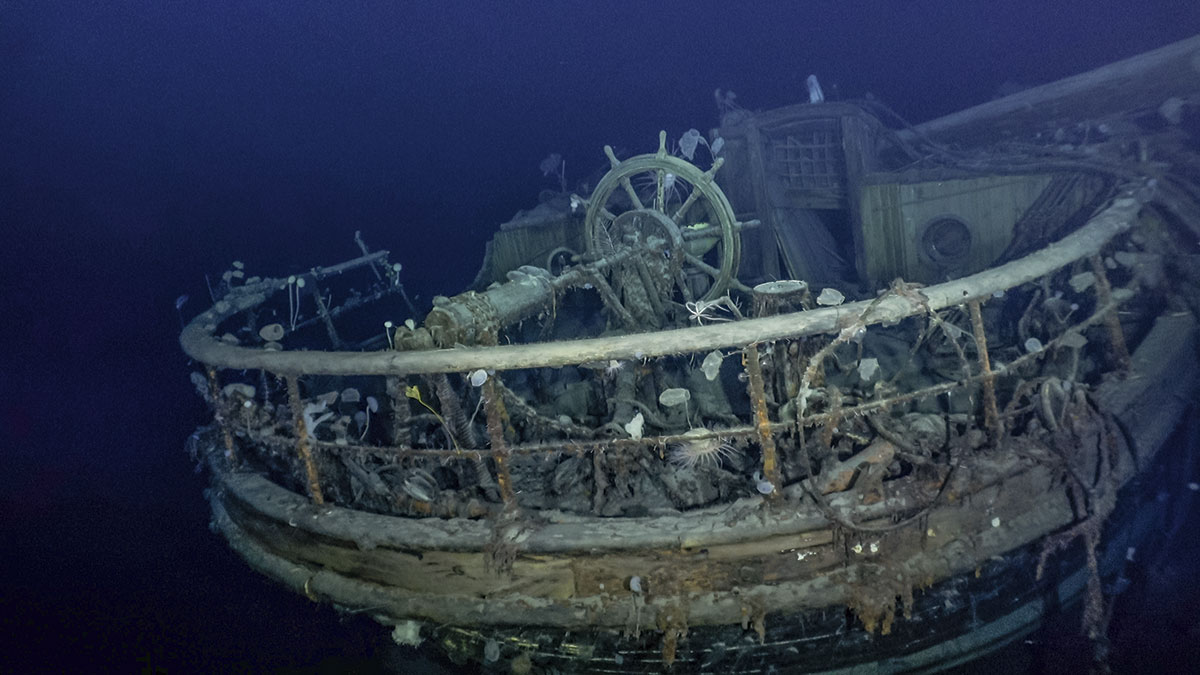 It’s my fundamental belief that, far from being incompatible, long-form TV and social media coverage of an event can co-exist and contribute to each other’s great success. Over the years, I’ve had a few TV commissioning executives disagree with me about that but, fortunately, the Trust saw the potential upsides. As a charity, its key aims are education and outreach. We all wanted the premium documentary at the end, but we also wanted the freedom to reach tens of millions along the way. We wanted to stream into classrooms, and get people excited with live broadcasts via satellite. History Hit’s vast network of history super fans would love following along even if the expedition didn’t eventually find the wreck. Just being on the adventure was enough! We could make videos, podcasts and write articles about the hunt for Endurance, whilst sharing valuable insights along the way with the scientists and other experts we had on board.

It came at the right time for History Hit. Our SVOD now had tens of thousands of subscribers allowing us to staff it up with a team that could handle this step change, our podcast network reaches several million a week, our recently launched YouTube channel smashed through 100,000 subscribers ahead of schedule and an early move into TikTok was paying dividends. We were no longer the scrappy startup who might bite off more than it could chew. Little Dot brought gigantic reach but also expertise and one of the best management teams out there, which made the Trust take History Hit seriously.
The rest is history. We went south to the ice. We reached tens of millions of people with the stories of our adventures, then, thrillingly, we found the wreck.

Nat Geo came in early on the exclusive documentary meaning when we announced to the world, we did so in partnership with a global exploration and adventure brand – the perfect broadcast partner to tell this story. In addition to this, the documentary will also be available to all Disney+ subscribers and amplified in Nat Geo’s magazine, podcasts and social platforms to reach the largest audience possible. Mission accomplished.

Dan Snow is a historian and the co-founder & creative director of History Hit, a media network focused on making the subject more accessible in the digital age