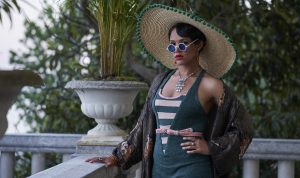 UK drama Hotel Portofino has been extended into a second season by UK-based Eagle Eye Drama and Germany’s Beta Film.

The show’s first season had aired on Britbox UK, but its owner ITV revealed last month that the service will be subsumed into its new ITVX streamer offering.

Sales have already been struck in numerous European countries, including Italy (RAI), France (France Television) and Spain (Movistar Plus+), and beyond in Latin America (HBO Max), Australia (BritBox) and Japan (NHK).

NBCU picks up The Ark from Electric Ent

LA-based Electric Entertainment has struck a multi-territory deal with NBCUniversal International Networks & Direct-To-Consumer (NBCUIN & DTC) for its Syfy US series The Ark.

The territories include Syfy in France, Spain and Portugal and SCIFI in the Balkans and Poland.

The shows will be available via the FilmRise Streaming Network’s Anime Channel and App.

Danny Fisher, CEO of FilmRise, said: “We are excited to be expanding our relationship with Fuji Creative, bringing these stellar programs onto our rapidly growing Anime services. Fuji is a valued partner of ours and we look forward to growing our relationship, bringing a wide array of Japanese programming to our audiences.”

Genichi Kimura, senior executive MD at Fuji Creative Corporation, added: “Offering these popular anime programs free to consumers on the FilmRise Streaming Network is a wonderful way to make these titles accessible to a wide range of anime fans across North & Latin America.”