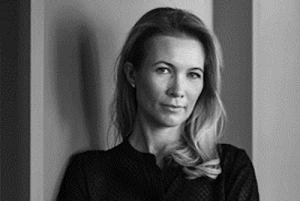 France’s Mediawan Rights is moving into the format game and has hired a former Strip Television and Elk Entertainment exec to oversee the push.

Estelle Bodén becomes director of distribution for the new entity, which will operate alongside Mediawan’s existing sales business focused on drama, documentary and kids shows.

She will report into Valérie Vleeschhouwer, MD of Mediawan Rights, and is in charge of structuring the new department and developing new strategic activity for the wider Mediawan group.

Bodén started her career at The Farm prodco Strix Television before founding Friday TV with Mattias Olsson and Jock Millgårdh in 2004. Output included Clash Of The Choirs, Single Moms and Minute To Win It, the latter airing in the US on NBC before making its want into more than 50 countries.

Mediawan is the fast-growing French firm launched by Pierre-Antoine Capton, Xavier Niel and Matthieu Pigasse in 2015.

It subsequently partnered with Germany’s private equity-backed Leonine Studios and has been in acquisitive mood, picking up Lagardere Studios in 2020 and Doctor Foster firm Drama Republic last year.

It also own firms such as Storia Television, the company created to sell EuropaCorp’s TV business, and took majority stakes in Makever and Mon Voisin Productions in 2018, as well as AB Groupe a year earlier.