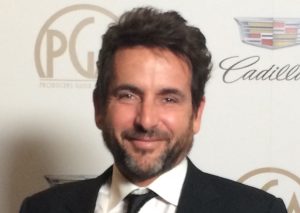 Jean Bureau, president and CEO of Canadian producer and distributor Incendo, is stepping down after more than 20 years at the helm of the company.

The company’s COO, Jean-Philippe Normandeau, will stay on in the role to “maintain continuity” said Incendo, which is behind TV movies such as Be Mine, Valentine, Love And Penguins and Farmer Seeking Love, alongside its distribution operations.

“Incendo has made a name for itself worldwide and now enjoys an enviable international reputation thanks to its people’s talent, dedication and professionalism,” said Bureau. “I will always be grateful to them and I wish them every success in the future.”

Pierre Karl Péladeau, acting president and CEO of TVA Group, which acquired Incendo in 2019, added: “Jean has been a pioneer in film and television production and distribution, not only in Canada but on the international stage. WWith his leadership, business acumen and passion for the industry, he built a first-class team and he leaves a legacy that extends well beyond our borders.”

Normandeau, meanwhile, joined Incendo in 2013, after previously serving as director-general of financing and tax assistance at the Société de développement des entreprises culturelles du Québec and as an economic advisor in the office of the Quebec Minister of Finance.

“Jean-Philippe is the ideal person to ensure Incendo’s success in the years to come,” said Yann Paquet, VP of strategy and international affairs of Quebecor Content. “He is a talented and accomplished manager who has held important positions throughout his career. He will be able to count on our support to continue the company’s development.”