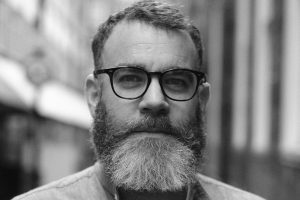 The commissions include History: The Interesting Bits, an 8 x 60-minute series narrated by Alexander Armstrong that incorporates animation, archival material, and expert opinions on some of the big questions in history.

Skipping all the ‘boring stuff’, the series will delve into the most curious historical events and take on the unanswered questions that have been circulating the globe for centuries.

Science For Evil Geniuses (8 x 60-minutes) will explore the kind of scientific questions and theories you might expect from a typical megalomaniac with ambitions for world domination and an obsessive love of cats.

Meanwhile, Scary Tales Of New York (6 x 60-minutes) is a true crime docuseries taking a fresh look at the real-life New York crimes in the age of film noir, from the ‘Double Indemnity’ murder to the ‘Honeymoon Killers’ and the mob hit on the boss of ‘Murder Incorporated’.

Adam Luria, head of documentary at Impossible Factual, said: “It’s a really exciting time to be joining the core team at Impossible Factual as it grows the range and reach of a first-class slate of programmes that combine factual integrity with innovative and entertaining storytelling.” 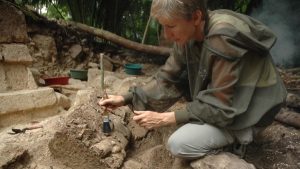 The Mayans: Origins To Downfall

Histoire TV has also pre-bought the series for a second window in France.

The 4 x 60-minute series features access to a groundbreaking expedition at Aguada Fenix, the oldest and largest Mayan site found to date as it investigates the mysteries of the ancient civilisation. Executive producers for Pernel Media are Céline Payot Lehmann and Samuel Kissous.

“The discovery of Aguada Fenix is a real game changer for Mayan experts as it shows that the civilisation is 1,000 years older than they believed. It allows us to tell the entire epic story of the Mayas.

“What’s also interesting is that the civilisation didn’t actually disappear in 950 AD, there are still over eight million people of Maya descent in Central America today. It’s an important story to tell,” said Lehmann. 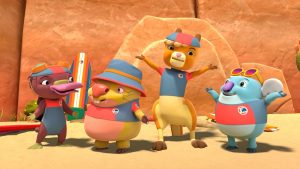 The show follows the adventures of Pounce, Frizzy, Neville and Gemma as they explore water safety themes for pre-schoolers and their families.

The series, which is produced by Cheeky Little Media, receives major production investment from the ABC in association with Screen Australia. It is financed with support from the Australian Children’s Television Foundation (ACTF) and Surf Lifesaving Association of Australia.

International sales are handled by ACTF and Infinite Frameworks.

Cheeky Little’s executive producer Patrick Egerton said: “We’re so happy to be heading into season two of Kangaroo Beach. Congratulations to the entire Cheeky Little team for making a wonderful show that resonates so strongly with kids and their families.”