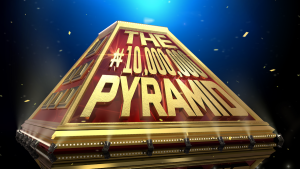 Sony Pictures Television (SPT) is rolling veteran US gameshow format Pyramid into Nigeria, marking the first time the show has been available in sub-Saharan Africa.

The format has been acquired by Lagos-based Mekdoss International, which is now selling the format to local buyers. It is set to launch later this year, according to the producer’s CEO, Martin Gbados.

Pyramid originated in 1973 as The $10,000 Pyramid and features two teams, each composed of a celebrity and a contestant. The celebrities must help their partners reach the winner’s circle to secure a cash prize.

In the Nigerian version, the contestants will get a chance to win 10 million Naira weekly. The host and celebrity participants will be announced in due course.