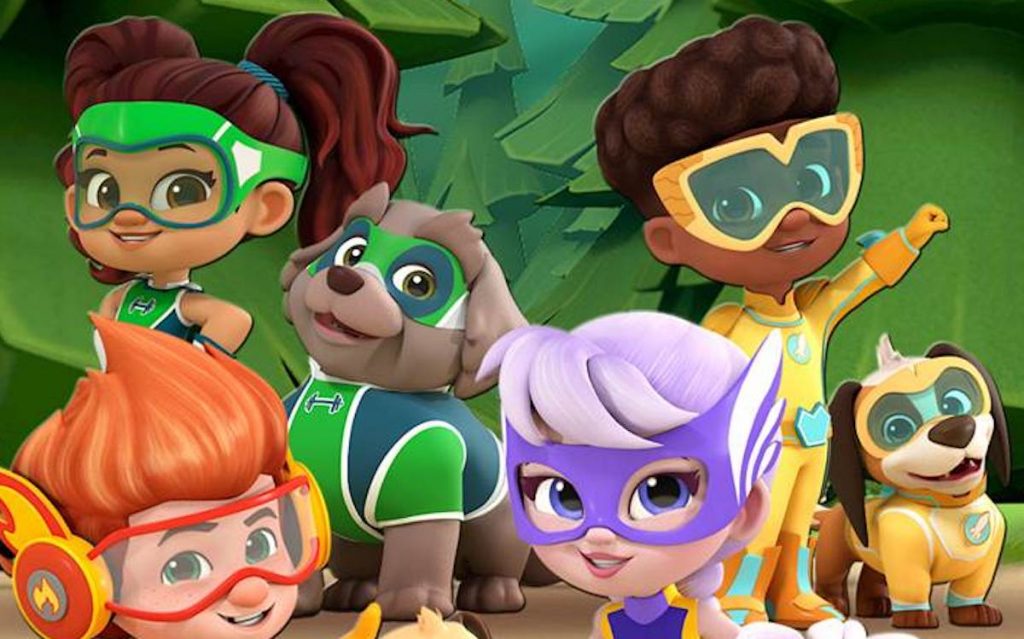 These new broadcast partners for the 52 x 11-minute series, from 41 Entertainment subsidiary SMASH Animation, join previous deals with HBO MAX, Discovery Family Channel and Discovery Familia in the US and SUPER RTL in Germany.

Additional new partners include Knowledge Network in Canada, HOP! in Israel, Sanoma Media/Nelonen Media in Finland, TV2 in Hungary, MBC in the Middle East and HKTVE in Hong Kong.

Created by Allen Bohbot, based on an original idea by Kaaren Lee Brown and illustrated by Mel Bontrager and Will Sweeney, S.M.A.S.H! is set to launch worldwide in fall 2022 and spring 2023.

It tells the story of a one-of-a-kind sleepaway camp located on Lake Sebastian in Bavaria, Germany where four amazing kids with superpowers are preparing to become the next generation of superheroes, while their super-powered dogs are training to fulfill their destinies as superhero sidekicks.

Nicola Andrews, 41 Entertainment’s head of sales, commented: “The response from the market to S.M.A.S.H!, now that we are beginning to deliver animation, is very encouraging and we look forward to announcing additional broadcasters and platforms soon.

“Strengths of this intellectual property include high quality CG animation, cultural diversity of characters and earnest storylines, which revolve around the children honing their skills and powers, while realizing how much they still need to learn in order to become a superhero like their parents Torpedo, Silver Streak, Rocket Man and Flame.”