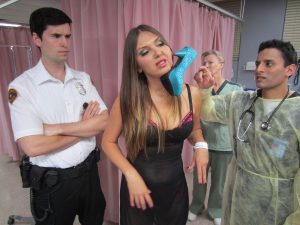 Untold Stories Of The ER

AETN UK, Foxtel Australia and Pluto TV in the US are among a host of broadcasters and platforms to acquire a range of programming in deals with distributor GRB Studios, which has also shared its MIPTV acquisition plans.

In Europe, AETN UK has acquired reality series Auction Kings for Romania, while Planet TV has taken seasons 1-6 of drama series The Bay for Slovenia, and France’s M6 has taken true-crime show On The Case With Paula Zahn, seasons seven and eight.

Pluto TV has bought all seasons of Untold Stories Of The ER for both Brazil and the US in English and Spanish, with Brazil also securing several seasons of the program in Portuguese.

Hud Woodle, EVP of international sales and operations of GRB Studios, commented: “GRB is thrilled to be going into MIPTV strong with a slate of distribution deals behind us and we are actively looking to acquire some great new programming from around the world in all genres scripted and unscripted.” 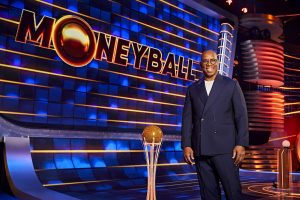 UK broadcaster ITV has recommissioned two game shows, Moneyball and Sitting On A Fortune, both co-produced by ITV Studios-owned labels Potato and Possessed.

Hosted by football icon Ian Wright, Moneyball is back for a second season, which sees the chance of winning life-changing money rest entirely on the roll of a ball.

Season two will see teams of two contestants gain the chance to accumulate large sums of money by correctly answering a series of questions; however, as the money in the pot grows, so does the pressure, and players must hold their nerve in the countdown to the final ball being played – the Moneyball.

Sitting On A Fortune, meanwhile, is a high-tension game show in which players could win up to £100,000, also returning for a second season with another iconic footballer, and broadcaster, Gary Lineker at the helm.

Featuring six players, six chairs and no lifelines or exits, the players take to the stage in a row of seats, one behind another; however, positioning is key. Only the player in the money seat can answer questions, build the jackpot, and have the chance of winning the whole thing.

However, one wrong answer sees that player relegated to the back of the line, as the next person moves up to take pole position. With the jackpot mounting, there can be only one winner. Who can stay in the hot seat long enough to walk away with up to £100,000? 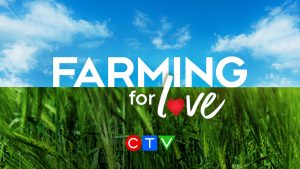 Produced by Lark Productions in collaboration with Fremantle, the 10 x 60-minute CTV Original series will enter production later this year in British Columbia and follow the journeys of five rural Canadian singles on their quest for romance.

The format is based on an original concept from British magazine Country Living licensed by Fremantle. The Canadian French-language version, L’amour Est Dans Le Pré, currently airs on Noovo, and has just announced its eleventh season.

“Authentic and heart-warming; we have seen the continuous success of this format across the globe, coming out on top as the number one entertainment show in several territories as well as creating a record number of lasting love connections,” said Fremantle’s Michela Di Mondo, EVP of distribution and sales, Canada.