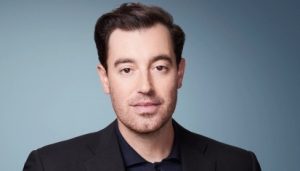 CNN has upped Jon Adler to become SVP of programme development for original series, as the WarnerMedia brand expands it push into its own shows for streamer CNN+.

Adler has worked more more than a decade at the WarnerMedia-owned news brand and will now develop shows for the CNN streamer, which launches 29 March.

“Jon is one of the most passionate advocates for all things CNN, and we are excited to see him embark on this new chapter.”

CNN+ will roll out on Tuesday with a slate including docuseries such as The Murdochs: Empire Of Influence and specials including The Last Movie Stars. Library shows range from Anthony Bourdain: Parts Unknown to Stanley Tucci: Searching For Italy.

The streamer, which was unveiled last year, will feature live and on-demand programming, along with interactive content which is all distinct and separate from the CNN, CNN International, HLN and CNN en Español linear TV channels.

At launch, the service will offer 8-12 hours of live daily programming as well as library shows.