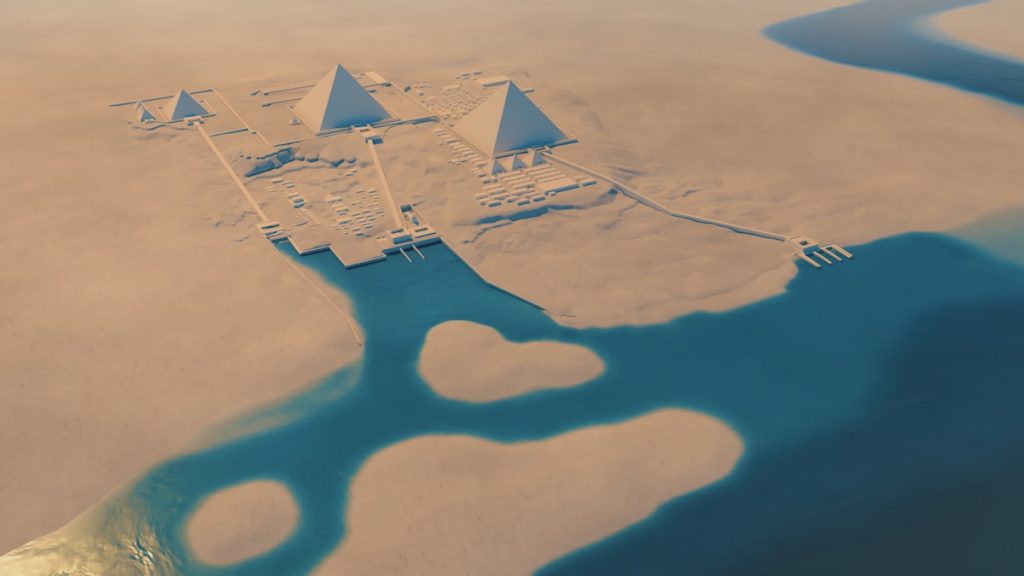 The first show is directed Martin Beraud and provides an overview of the largest stone giants, unveiling their construction secrets and origins. A 52-minute and a 75-minute version will be available, set to be completed by July 2022.

Cleopatra’s Secret Tomb, meanwhile, is a 4 x 52-minute series that investigates the last days of Queen Cleopatra through field excavations, 3D modeling and dramatisations. It’s directed by Anne-Fleur Delaistre and Julien Balestier, and has been produced for C8 and Planète+, with delivery in Spring 2023.

Other shows on the slate include Cleopatra: The mystery Of The Mummified Hand, which follows an international team of experts’ investigation using the latest forensic technology to determine if a well-preserved hand, hidden in a private collection for centuries, belonged to the mummy of the legendary Cleopatra.

Directed by François Pomès, the film is produced for RMC Découverte and Toute l’Histoire and will be delivered by the end of 2022.

Other shows include Tutankhamen: the Untold Discovery, produced for RMC Découverte and Toute l’Histoire, which is also set to air six-parter Inside Pyramids. It will follow a team of scientists as they scan the interior of pyramids to reveal what’s hidden inside, using a new technology of miniaturised 3D scans.