CBS & Network 10 both embark upon ‘The Real Love Boat’ 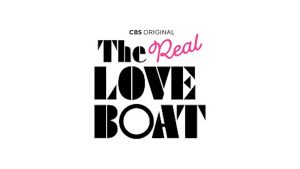 US network CBS and Australian broadcaster Network 10 have both ordered local versions of The Real Love Boat, a reality dating competition series inspired by the hit 1970s scripted series The Love Boat.

The Love Boat IP is owned by CBS Studios which, along with CBS and Network 10, are both Paramount Global brands. Production begins summer 2022, and both versions are expected to air in the US and Australia later this year.

Exec produced by Aaron Spelling, the original The Love Boat aired on US network ABC between 1977 and 1986. Followed by four feature-length specials, it was set aboard a luxury cruise liner where the passengers would embark on romantic and humorous adventures.

The Real Love Boat brings singles together to cruise the Mediterranean on a luxury cruise ship while looking for love. Destination dates, challenges and surprise singles will test the couples’ compatibility and chemistry. Like the original scripted series, the indispensable crew members including “captain” and “cruise director” will play pivotal roles in the matchmaking and navigation of the romantic (and sometimes turbulent) waters ahead.

After almost a month at sea, only one winning couple will make it to the final port and take home a cash prize plus a once-in-a-lifetime trip courtesy of Princess Cruises, the series’ exclusive cruise line partner.

“The Love Boat is a timeless, romantic concept with universal appeal, and we’re excited to reimagine this popular series for audiences in two different countries,” said George Cheeks, president and CEO of CBS, and head of global content strategy for Paramount’s free-to-air networks, including Network 10.

“On the heels of NCIS: Sydney, today’s announcement is another example of our global franchise strategy to use our rich intellectual property and vast international footprint to develop new content for viewers around the world.”