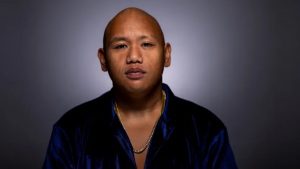 Disney-owned streamer Hulu and Amazon Prime Video have acquired comedy-drama Reginald The Vampire, following a deal with Cineflix Rights, which has also picked up the series for global distribution.

Hulu has acquired second-window US rights to the series, which is produced by Thunderbird’s Great Pacific Media with Modern Story, December Films and Cineflix Studios. It is currently in its final week of shooting and is slated for a summer premiere on SYFY.

Prime Video in Canada has meanwhile picked up streaming rights to the series, along with Prime Video in Australia for that country and New Zealand.

Cineflix Rights is taking the series to the global market and will debut Reginald The Vampire to buyers at MIPTV in April.

Based on Johnny B. Truant’s Fat Vampire novels, the 10-episode series, led by Jacob Batalon (Spider-Man: No Way Home) as Reginald, turns traditional vampire tropes on their head when newly undead Reginald crashes into a world populated by beautiful, fit and vain vampires.

Despite his new un-life, Reginald must overcome obstacles ranging from a bully boss, to falling for a human girl he can’t have, and a vampire chieftain who wants him dead.

HBO secured the project, which is produced by A24 and Hyperobject Industries, following a bidding battle, and is now in development.

Big Swiss tells the story of a woman who starts a new anonymous life in New York, transcribing sex therapy sessions, only to become obsessed with one of the patients.

Italy’s Stand By Me and Rai Fiction and co-producing a new political thriller, due to debut on Rai in fall 2022.

The eight-part The General’s Men tells the true story of a legendary anti-mafia general who, with a unit of elite young officers, led Italy’s fight against terrorist group, the Red Brigades.

International distribution is being handled by Dynamic Television.

Stand By Me’s Founder, CEO and Creative Director, Simona Ercolani, who is executive producing the series, said: “This story of a group of brave young officers and their extraordinary leader, portrayed by the renowned Sergio Castelitto, reminds us how far people will go when they see their democracy under threat.’