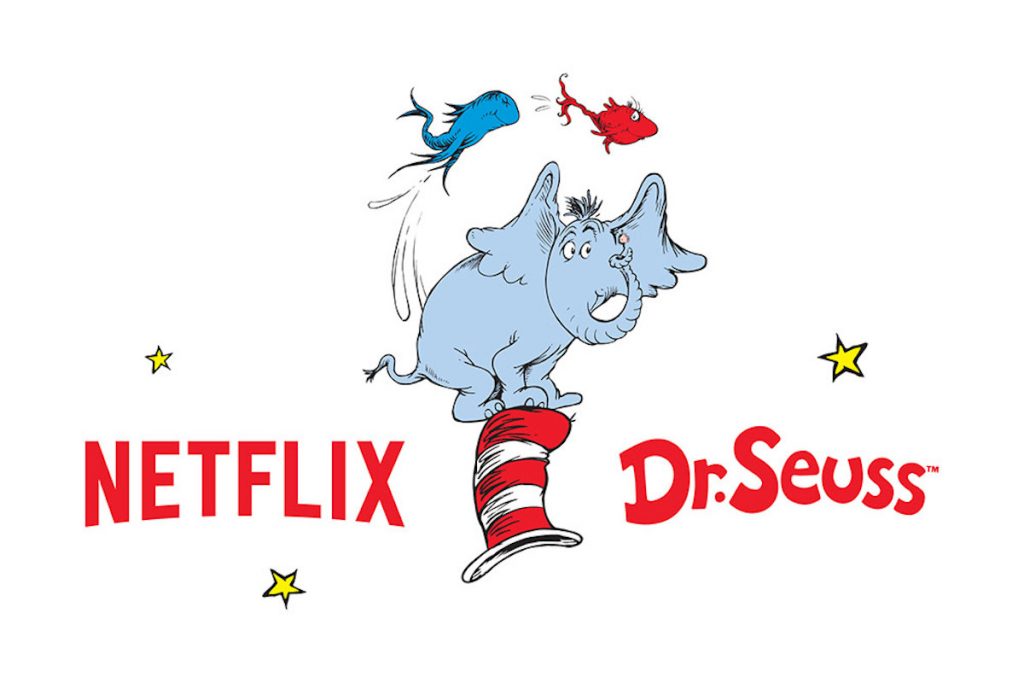 Netflix has partnered with Dr Seuss Enterprises to boost its preschool offering with five new animated series and specials inspired by some of the beloved author’s most famous stories and characters.

Executive Producer Dustin Ferrer (Esme & Roy) will serve as showrunner across all five projects, while the announcement expands the collaboration between Netflix and Dr. Seuss Enterprises, following the launch of the animated series Green Eggs and Ham in 2019, which will have its second season premiere 8 April, 2022.

One Fish, Two Fish, Red Fish, Blue Fish will be adapted into a 2D series of seven-minute episodes and two-minute music videos about a pair of fish who consistently find themselves in comedic situations that allow them to introduce oppositional vocabulary to our preschool viewers.

The Sneetches is being turned into a 1 x 45-minute 3D animated special, following what happens when two young Sneetches form an unlikely friendship.

Wacky Wednesday is a mixed media series of 11-minute episodes set in an otherwise perfectly normal town, where things get very strange ineded whenever Wednesday rolls around. Luckily, this town has a 10-year-old ‘wacky expert’ who knows that humor inspires creativity and never fails to solve every wacky problem with an equally wacky solution.

Horton Hears a Who! is a 3D series of 11-minute episodes following young Horton as he explores the Jungle of Nool with his two best friends: going on daring adventures, helping their community, and learning how to stand up for what’s fair.

Meanwhile, Thidwick The Big-Hearted Moose is a 3D 1 x 45-minute special about a grumpy moose leader who decides that he wants to be the happiest moose in the pack. He calls upon sweet Thidwick to help him and this unlikely duo embark on a comical adventure, where Thidwick discovers that the key to happiness is being kind to others.

“Netflix is a trusted home for characters kids love, and generations of kids love the characters imagined by Dr. Seuss. These beloved stories have been a core part of families’ libraries for many years and it gives me great pride that we are bringing them to our catalog of Netflix shows, in a fresh and modern way that resonates with audiences today,” said Heather Tilert, director of preschool content at Netflix.